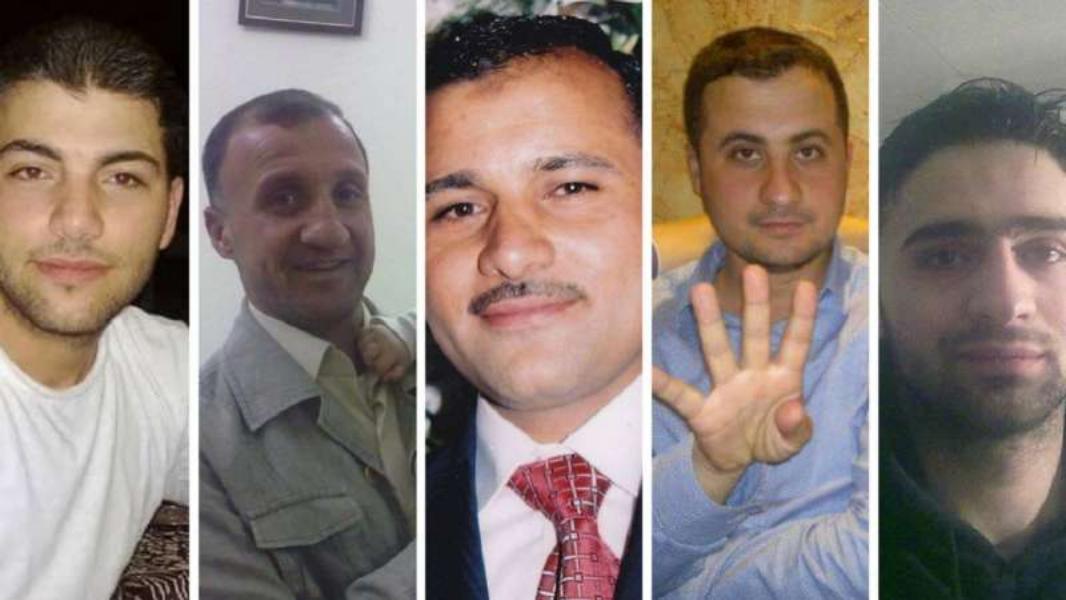 Syria's disappeared: Majd Kholani, Maan Shurbaji, Abdulsattar Kholani, Yahya Shurbaji, and Islam Dabbas
Orient Net
The Syrian Network For Human Rights (SNHR) said on Wednesday (January 2) that hundreds of civilians died due to torture in Syria in 2018.
The report documents that 976 individuals died due to torture at the hands of the parties to the conflict in Syria in 2018. Of this number, 951 died at the hands of Assad regime militias, including 11 children and two women.
One woman died due to torture at the hands of ISIS, while 10 other individuals died due to torture at the hands of factions of Self-Management militias.
According to the report, the highest death toll due to torture in 2018 was recorded in Damascus countryside, with 271 individuals. The remaining death toll is distributed across governorates as follows:
163 in Homs, 134 in Hasaka, 131 in Hama, 101 in Daraa, 47 in Damascus, 38 in Idlib, 29 in Deir-ez-Zor, 25 in Latakia, 24 in Aleppo, nine in Raqqa, and four in Suwayda.
The report also contains the death toll due to torture for December, which saw 12 cases of death due to torture documented, all of them in the official and unofficial detention centers of Assad regime militias.
In another report, SNHR announced that Assad regime militias were responsible for the killing of 4,162 civilians, including 713 children and 799 women in 2018.
The report calls on the European Union and the USA to support the International, Impartial and Independent Mechanism that was established in accordance with General Assembly Resolution 71/248, formally adopted on December 21, 2016, and to establish local tribunals that enjoy universal jurisdiction to address the war crimes perpetrated in Syria.