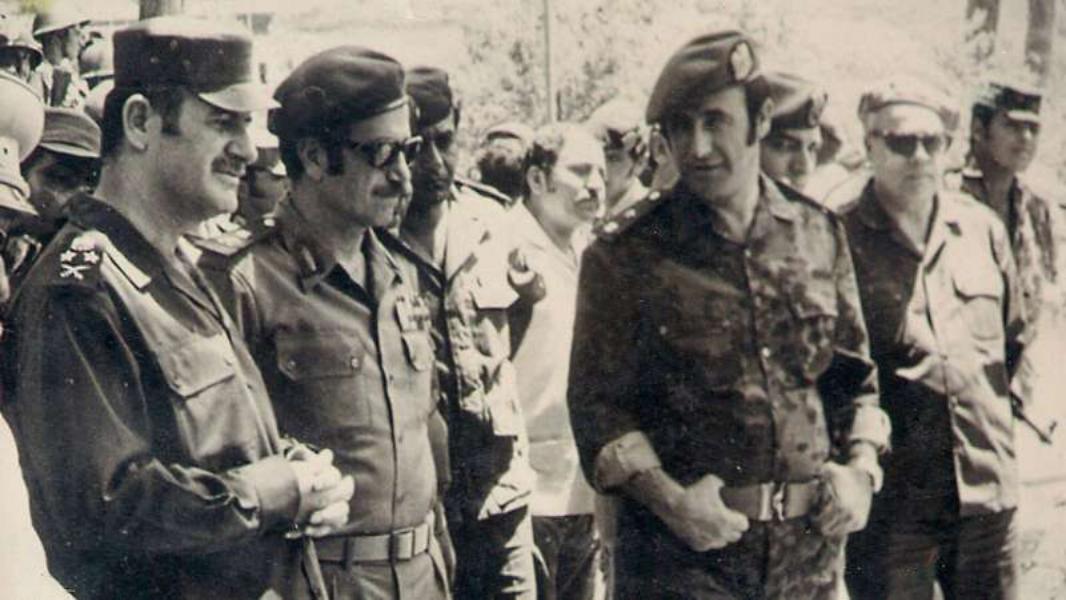 File Photo
__new_Underarticle_image_EN__
Orient Net
The wealthy aunt of Syria’s brutal dictator was secretly granted the right to live in the UK after she promised to invest millions in this country, The Telegraph can disclose.
Her two grown-up children - first cousins of Bashar Assad - were also allowed to stay.
The woman and her two sons are the wife and children of Rifaat Assad, dubbed the ‘Butcher of Hama’, who earned his nickname after allegedly ordering the killing of up to 40,000 Syrians in 1982.
Rifaat, 80, is the uncle of Bashar Assad and owns hundreds of properties in France, Spain and the UK, many of which have now been seized. According to recent reports he is facing corruption charges in France.
The decision to give his fourth wife, aged 63, indefinite leave to remain in the UK was made in 2012 at the height of the Syrian war and when Theresa May was home secretary. Her two sons, now aged 22 and 37, were allowed to stay at about the same time. Another son of Rifaat, but who has a different mother was granted indefinite leave to remain in 2014. Rifaat has four wives and is thought to still be married to all of them.
Rifaat, who served as head of Syria's feared Defense Companies paramilitary unit in the 1970s and 80s, went into exile in Europe after a failed coup against his brother Hafez, Bashar’s father, in 1984 although he was Syria's vice president until 1998.
__new_in_first_article1__
Details of the case are contained in a 37-page court ruling by the Special Immigration Appeals Commission (SIAC). Under the rules of SIAC, the woman and her two children cannot be named. The family had brought the appeal claim after being denied British citizenship. The court rejected their claim.
The woman, known in the ruling only as ‘LA’, is, according to the judgment, the fourth wife of Rifaat Assad. Two years ago French prosecutors placed him under investigation for corruption and money-laundering, suspected of using ill-gotten gains to build a vast real estate empire.
According to the SIAC ruling, his wife first came to the UK in 2006 and was given “entry clearance as an investor”.
She told the Home Office that she was ‘investing in bonds, hedge funds etc’ and was granted special entrance clearance. One of her sons was educated at a leading public school in London.
By 2012, Assad had begun a violent crackdown on protesters against his regime, escalating the conflict to a full-fledged war. His militias were by this time dropping bombs on fighters with the opposition in Syria’s second city of Aleppo, in the face of UN condemnation.
A number of relatives of Assad and his British-born wife Asma live in the UK, including her cardiologist father Fawaz Akhras.
Rifaat Assad gained the nickname the “Butcher of Hama” after leading  an elite force that put down a Muslim Brotherhood insurrection in the central city of Hama in 1982, a crackdown that claimed between 10,000 and 40,000 lives.
__new_in_first_article2__
Rifaat had a reputation for being more ruthless than his brother and was considered the “muscle” behind the throne. Human Rights Watch reported that he was responsible for the massacre of more than 1,000 prisoners in the notorious Tadmur jail in 1980.
Rifaat owns a £10 million Georgian mansion off Park Lane in central London and also has houses in London, Marbella and France.
According to the SIAC ruling, The Home Office told the wife in turning down her citizenship application: “You are the wife of Rifaat Assad the uncle of President Bashar Assad of Syria. Although widely reported as estranged from Bashar Assad, Rifaat is the brother of Hafez Assad. He was a well-known and prominent member of his brother’s regime during the 1970s and 1980s – a regime that is widely held to have committed crimes against humanity.
“Although it is not possible to assess the exact nature of your current relationship with Bashar Assad and the Assad regime, it is noted that the regime has become inextricably linked over the last few decades with the extended Assad family.”
The Home Office explained that the UK plays a key role at the United Nations in “securing resolutions that condemn regime activity against civilians”.
It concluded: “In light of the above the Home Secretary has determined that to grant you a certificate of naturalisation would have an adverse impact on the UK’s international relations and therefore it would not be in the public interest to grant you British Citizenship.”
Based on the Telegraph