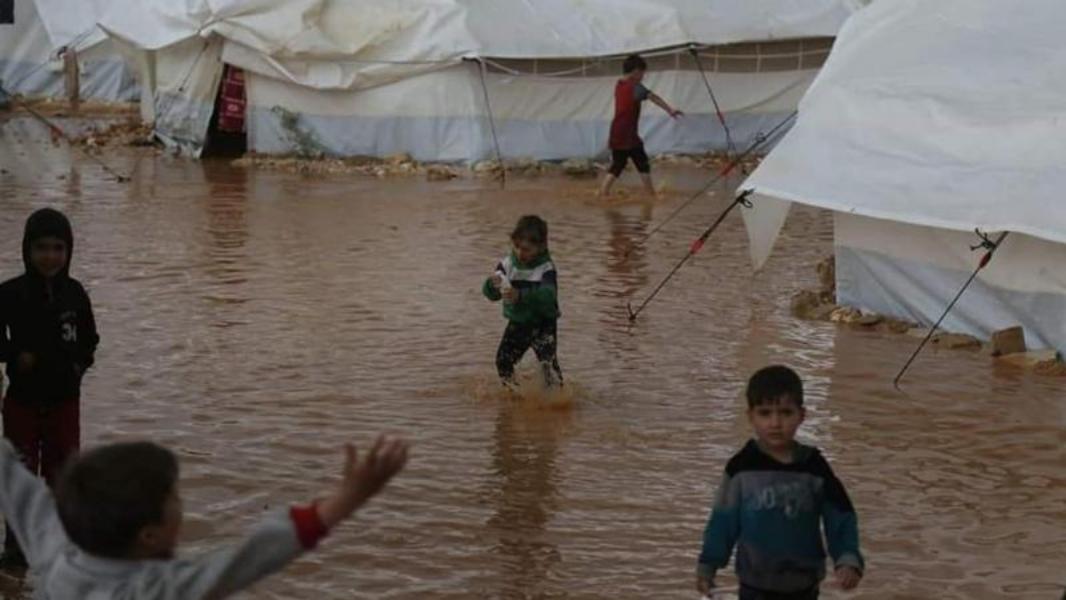 Orient Net
Rainwater has flooded Internally Displaced Persons (IDPs) camps in Idlib and Aleppo, north of Syria, Orient correspondent said.
Idlib countryside and Aleppo countryside witnessed on Wednesday (Dec. 26) a rain storm during night hours which damaged dozens of the scattered camps in northern Syria, especially IDPs’ camps in Atma, Qah, and Kherbet Eljoz  near the Syrian-Turkish borders, Orient correspondent added.
Torrential rain, and floods swept some of the camps and displaced its residents after their tents were destroyed.
The IDPs appealed to humanitarian organizations, NGOs, and INGOs to help them find solutions and alternatives to their random camps.
Civil defence teams have been operating  to meet the humanitarian calls and to address the tragic situation.
White Helmets called upon civilian families there to take all necessary measures and resort to high areas until the end of the rainstorm and to cooperate with civil defence teams. 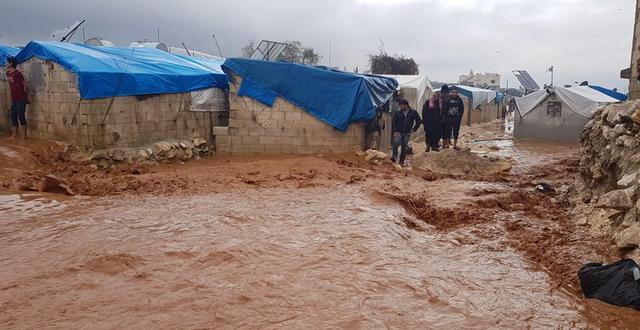