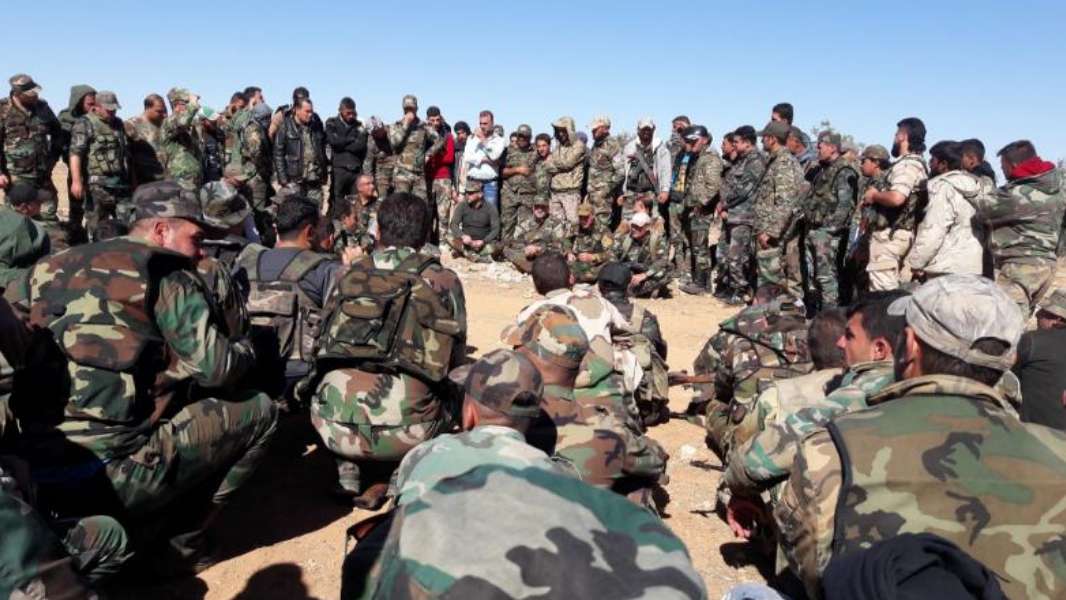 Orient Net
The Assad militia is sending military reinforcements to the al-Salehiyya province near the city of Bukamal in Deir ez-Zoor near the Iraqi border, pro Assad pages claimed.
The so-called "Purging the South Moment By Moment" Facebook page said that the Assad Tiger (al-Nemer) militiamen are among the mobilized reinforcements. They will take control of the pockets controlled by ISIS and the whole areas controlled by the Kurdish units.
The pages said the major battle will never end except in controlling the whole Syrian areas, including those bases which will US troops leave.
Meanwhile, Sputnik said that Assad militiamen had already moved to the southern banks of the Euphrates, pointing that an imminent offensive will be launched from near the Tanf military base.
Local sources said that the Assad Deir ez-Zoor Airport is witnessing unusual activities, expecting that Iranian militias are landing to take part in the offensive.