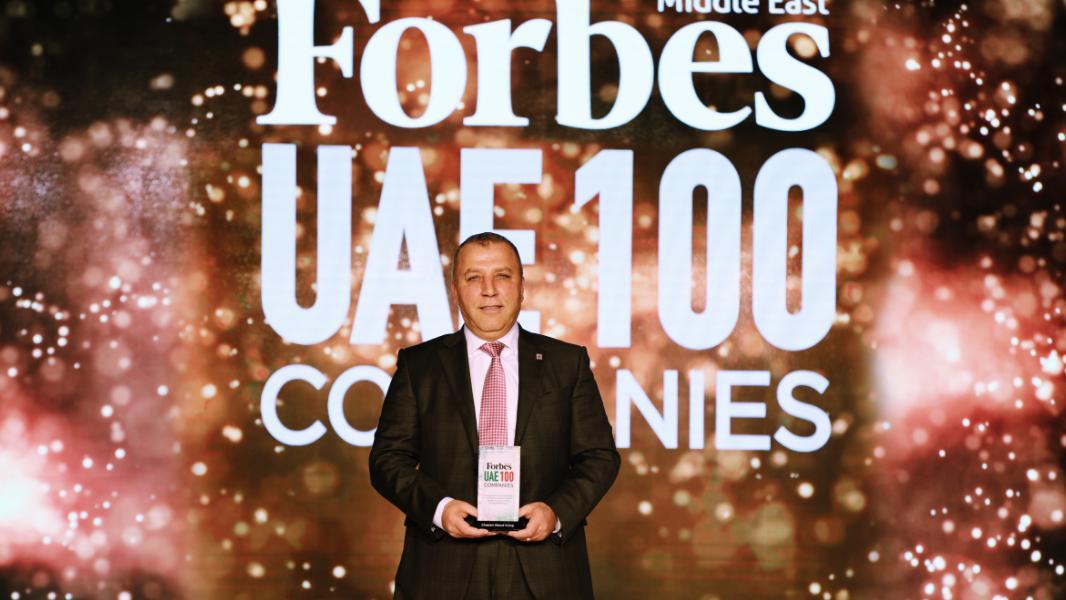 Orient Net
UAE headquartered international conglomerate Ghassan Aboud Group was ranked 27th in the UAE Top 50 Private Companies listed by Forbes Middle East in its December 2018 publication.
The Chairman and promoter of the Ghassan Aboud Group was felicitated for the recognition at an impressive award ceremony held last night at the Waldorf Astoria Hotel, Palm Jumeirah Dubai.
The illustrious list of companies included the country’s most reputed and leading business houses, selected based on criteria that included size, geographical reach, years in business, employee strength, number of sectors and other considerations.
Established almost 25 years back in the UAE, the Ghassan Aboud Group is engaged in multiple businesses with a market reach of more than 100 countries. In addition to its global hub in the UAE, the group has offices in Belgium, Australia, Jordan and Turkey.
Releasing the list in its December issue, Forbes reported that “With its first UAE 100 ranking, Forbes Middle East recognizes 100 companies that have played a key role in making the country the thriving business center that it is today. In this issue, we ranked 50 private companies that are having an impact in the region.”
Responding to the award, Ghassan Aboud said “we are honored to be chosen for this valuable recognition, amongst the country’s most renowned business leaders. This is an excellent initiative by Forbes to recognize the efforts of the business community. We are fortunate to be based in this country and build a global business.” He further added “I wish to dedicate this award to my team for their dedication, hard work and passion for excellence.”
Recently, Forbes had also ranked Ghassan Aboud at 17th place amongst the List of Most Influential Expats in the UAE.
Established in 1994, the Ghassan Aboud Group operates from its global headquarters in the United Arab Emirates with business operations in Australia, Belgium, Jordan, and Turkey. The group is a diversified conglomerate engaged in automotive, hospitality, pastoral, real estate, retail, catering, media and art production businesses.