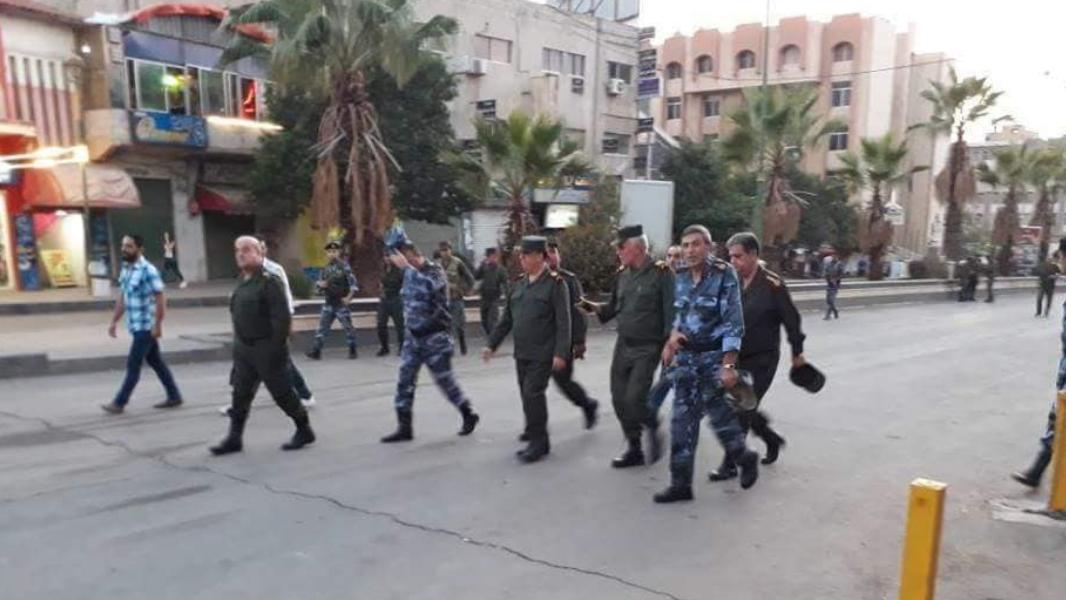 The Assad militia has detained the head of the former opposition local council in the city of Jasim in Daraa northern countryside, Orient News learnt from local sources.
Rateb Othman al-Jablawi, Abo Omar, was detained on Sunday (December 9) by the Assad militia although he was among those who reconciled the regime in the so-called settlement deal.
The Assad regime checkpoints also detained four people, including a woman in Daraa. The four detainees were among those "holders" of the "settlement cards".
Meanwhile, the Assad militia is calling up the young men in Daraa to the "compulsory conscription", especially those who reconciled with the regime.
Hundreds of Daraa young men are receiving military courses with the Assad Republic Guards, the step which encourages the Assad militia to enter the innermost parts of Daraa cities and towns to drive young Syrians to the military service.
قيم هذا المقال 2 0