Assad militia reneges on its deal in western Ghouta 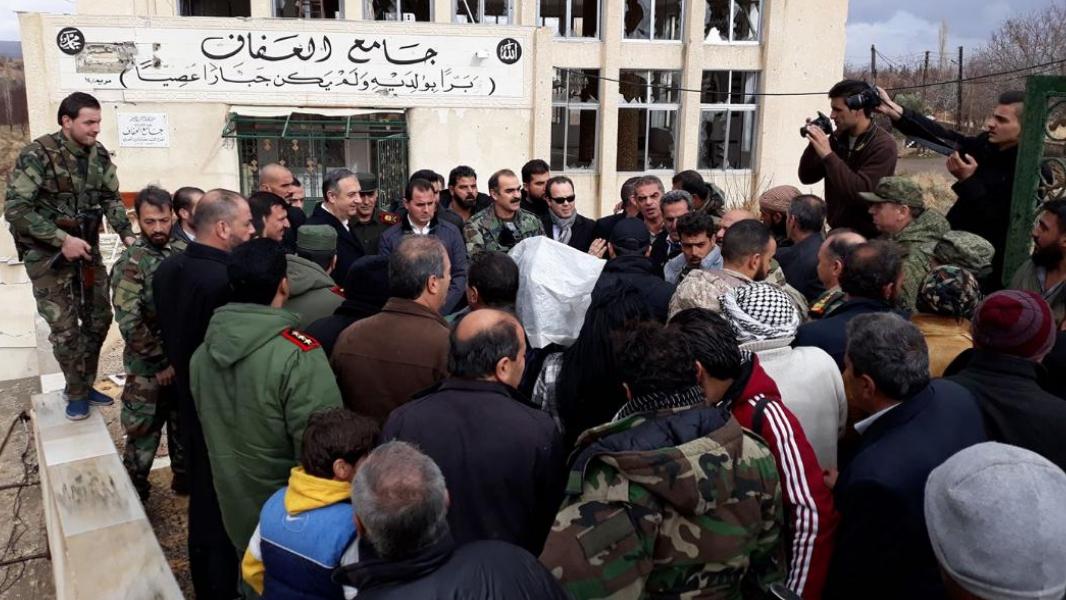 Assad militia reneges on its deal in western Ghouta
The Assad militia has reneged on a deal reached with groups of the Syrian opposition fighters in the city of Beit Jinn in Damascus western countryside, Orient News learnt from local sources.
The sources said that the Assad officers have ordered all members in the Haramoon Brigade, a local group whose members reconciled the Assad militia, to go to the emergency centre in the town of Heina in Beit Jinn to hand over their light guns and receive new settlement cards, to join the Assad military compulsory conscription.
The number of the Haramoon Brigade is estimated to be 500 Syrians. All of them have not joined the Assad military service.
A “reconciliation deal” was reached in Beit Jinn between the Assad militia and hundreds of Syrian opposition fighters who decided to stay in their cities.
Meanwhile, Hundreds of Syrians were forcibly displaced from Beit Jinn to the north of the country, they have settled in Idlib and in the Euphrates Shield areas.
قيم هذا المقال