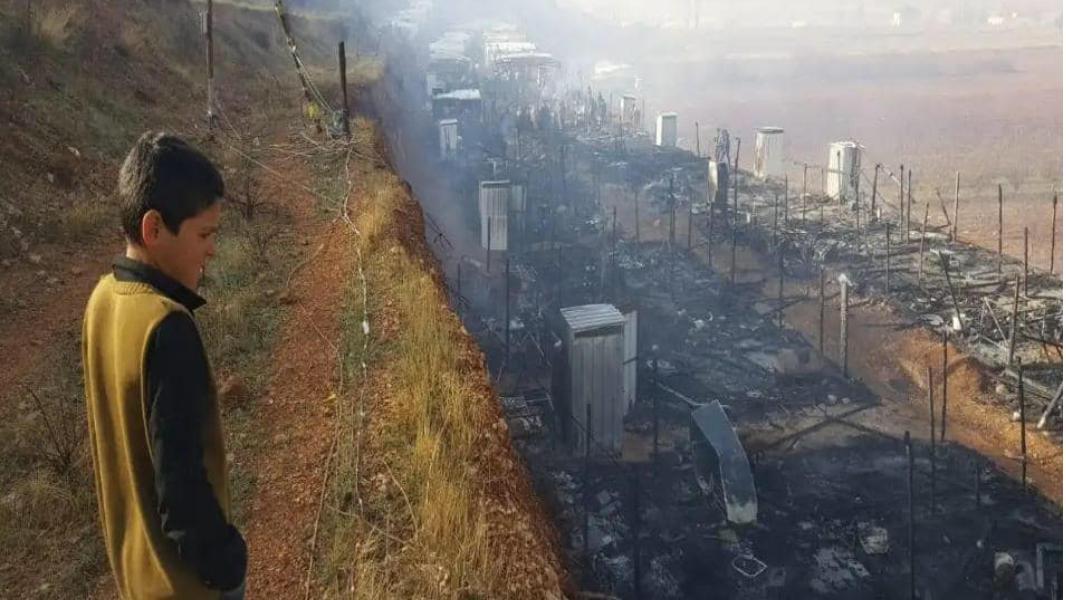 Two dead in Lebanon Syrian refugee camp fire
A fire ripped through a refugee camp in Lebanon on Monday (Dec. 12), killing two Syrians, including a boy, and burning nearly two dozen tents, a local official said, AFP reported.
Around 1.5 million Syrians have sought shelter in Lebanon from the seven-year war raging next door, with many living in camps in the Bekaa Valley in the east of the country.
The fire in the northeastern town of Yammouneh early Monday "killed a 46-year-old man as well as a boy aged seven or eight", deputy mayor Hussein Shreif said.
It "burnt down 23 of 70 tents in the camp," he told AFP, adding it was not immediately clear what started the fire.
But after the initial spark, "the explosion of a fuel container in one of the tents caused the fire to spread," he said.
Security forces and a UN team were dispatched to the area of the camp, he said.
__new_in_first_article1__
One of the refugees told AFP: "At 3:00 am, we heard screaming. Then we saw flames (spreading) and we could not put them out."
An AFP photographer saw people milling amid the cinders of former tents, nothing remaining of them but a few metal poles.
Near a field of red earth, a young girl in a green hoodie picked through a pile of clothes that had survived the fire.
The Lebanese national news agency, NNA, said "civil defence put out the fire with difficulty due to the low visibility, thick fog and smoke."
Fires have often erupted in Syrian refugee camps, where many depend on international aid for their survival.