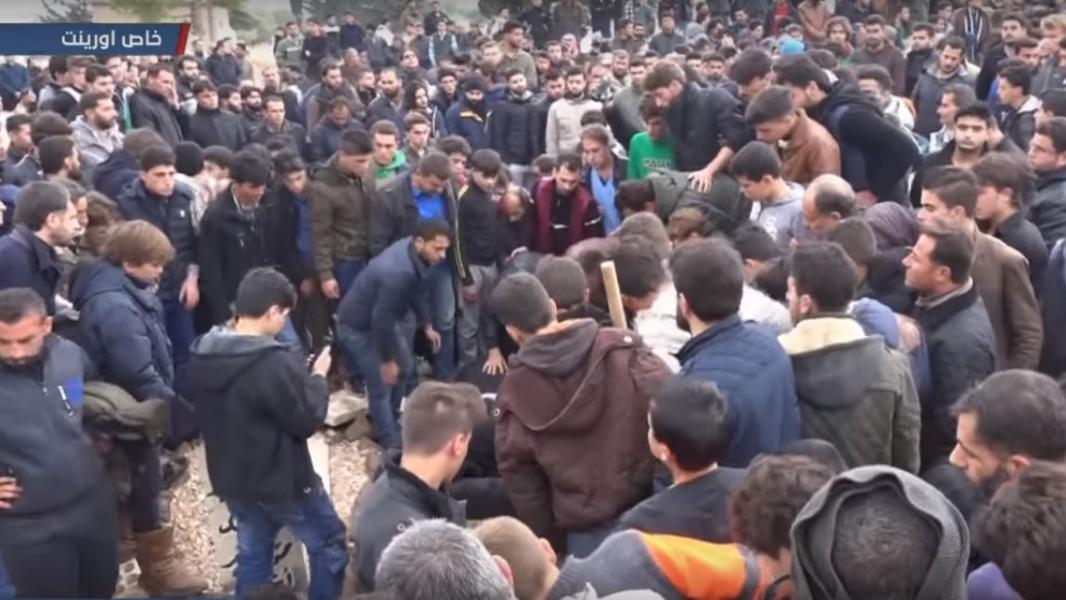 Orient Net
Syrian activists Raed Fares and Hammoud Juneid were buried in a cemetery in Kafr Nabl town on Friday (Nov. 23), surrounded by activists and hundreds of Syrians, carrying flags of the Syrian revolution.
Their friends and hundreds of Syrian activists took to social media to post the funeral and pay tribute to them.
The world media reported their death, including the Guardian, the Washington Post, and the New York Times.
The two activists were shot dead by unknown persons from a moving vehicle in Kafr Nabl town on Friday noon.
They both died shortly of their wounds. There was no immediate claim of responsibility for the attack.
Fares and Juneid are among the most prominent human rights and revolutionary activists in Idlib.
Fares survived an earlier assassination attempt in 2014 when he was shot in the chest by armed men. He started the Union of Revolutionary Bureaus which employed hundreds of Syrians. In addition to Radio Fresh which was closed more than once.
Juneid is also one of the first media activists who documented the Assad regime abuses against the Syrians since the early days of the Syrian revolution in Idlib.
It is noteworthy that Juneid and Fares were within the same team with Khaled Issa, the media activist, who was killed in 2016.