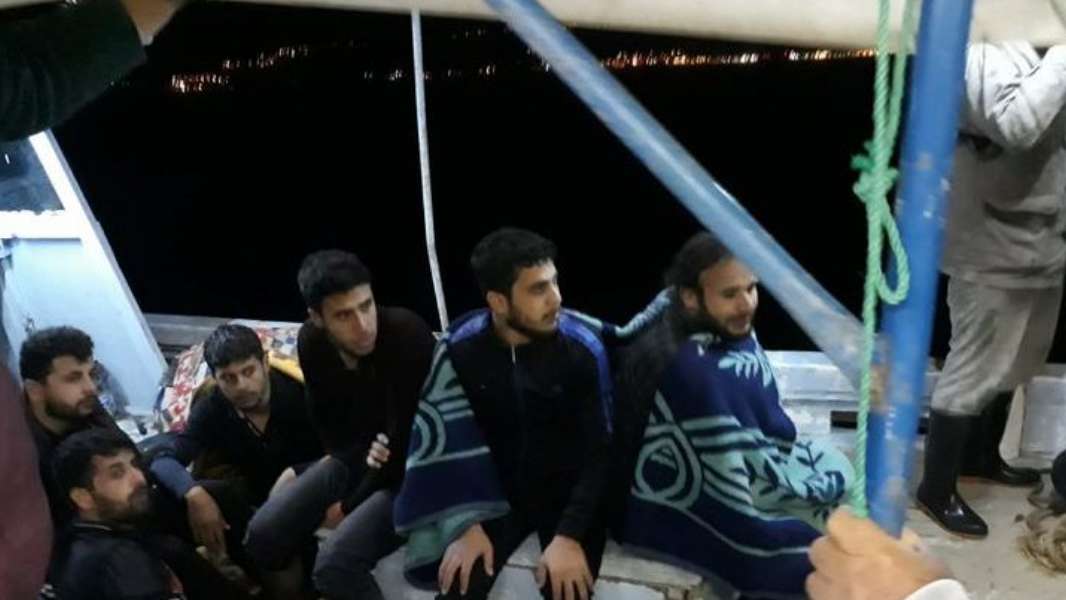 Orient Net
Fishermen and the Turkish Coast Guard on Wednesday (Nov. 7) rescued 11 Syrian migrants aboard a sinking boat off the coast of Mersin, a Mediterranean Turkish province, DS reported.
The migrants were likely travelling to Cyprus, the nearest island to Turkeyâ€™s southern coast, when their boat started taking on water.
Fishermen in the area tried to help them, but the boat capsized, so fishermen sent in more boats to help in the rescue. They were later taken to shore in the company of the Coast Guard. A Turkish man among the group accused of being a human smuggler was detained.
Migrants usually prefer the Aegean route, but they occasionally take boats to Cyprus from Mersin.
In related news, a minibus carrying migrants plunged off a cliff when the driver lost control of the vehicle in the eastern province of Van on Tuesday evening.
Five migrants died, and 16 others were injured. Their nationalities were not known, but they were likely Afghan migrants who often sneak into Van and other eastern Turkish provinces from neighboring Iran.
Security forces also found 49 other migrants in a minibus parked near the crashed minibus. Officials said that the crashed minibus had a capacity of only seven people, but 21 people were crammed into it.
Connecting Asia to Europe, Turkey is no stranger to a continuous flow of migrants. The influx of illegal migrants, however, has risen considerably in recent years due to the war in neighboring Syria along with other conflicts around the world and poverty affecting underdeveloped countries.
Deaths are common in crossings as many migrants, despite paying thousands of dollars to smugglers, are forced to travel in flimsy rubber boats.