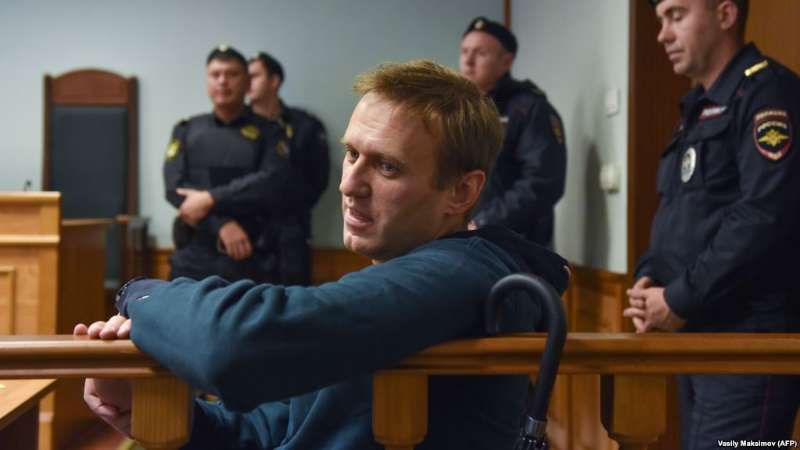 Orient Net
Russian opposition leader Alexei Navalny has been released from jail after serving 50 days for organizing anti-regime protests.
Navalny left a detention center south of Moscow in the early morning of October 14 and was driven away in a waiting car after thanking supporters and briefly speaking to reporters.
“Over the 50 days I have been in jail, we have seen yet more evidence that this regime is in complete decline," he said, citing recent allegations related to Russia’s intelligence services and the harrowing emergency landing after the failed launch of a Russian space rocket.
"If anyone thinks that with arrests...they can scare or stop us, that is clearly not the case," he added.
Navalny was sentenced on September 24 to 20 days in jail for organizing an opposition protest earlier in the year.
Amnesty International called Navalny "a prisoner of conscience [who] has not committed any crime."
Based on RFE