Children in Idlib return to schools destroyed by Assad regime 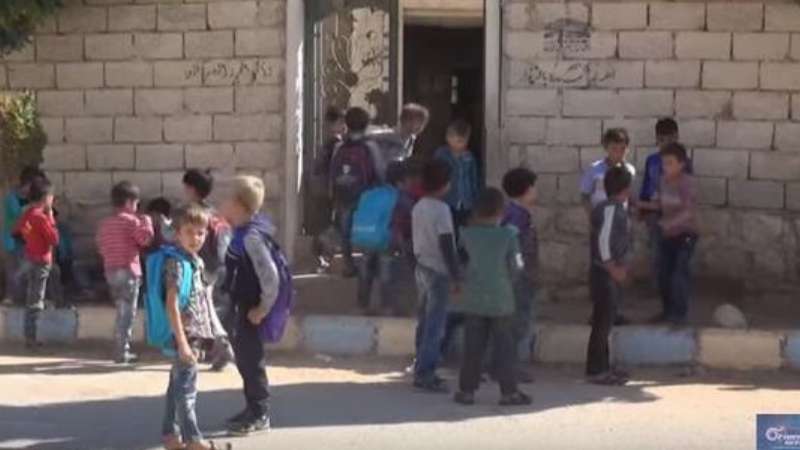 Orient Net
Tens of thousands of children in Syria’s northwestern Idlib province are trying to continue their education despite the fact that more than 80 percent of the schools have been damaged as a result of Assad regime and Russian attacks, DS reported.
Since the Syrian war first erupted in 2011, hundreds of schools were destroyed by the Assad regime’s land and air attacks.
Speaking to the Anadolu Agency, the manager of the school, Abd al-Ghafur Sulayman, explained that due to the lack of school staff and materials, they have had to combine several classes while cancelling others. "There are more than 50 students in a class," Sulayman said.
"I love my school very much. I want to come here and learn. There are not enough classrooms in the school. There are no doors and windows either," 11-year-old Eyhem Kurdi said, adding that she wants to be a teacher when she grows up.
Another student, Muhammad Sulayman, said that he wants the school to be reconstructed.
"If I had a school, I would have repaired its walls. I would give students books, chairs, pencils and notebooks," he said.
In addition to the damaged schools, a lack of teachers and educational materials are others issue that Idlib residents currently face. One of these schools, located in the village of Kafr near the town of Jisr al-Sheghoor in Idlib, is being used by 150 students and volunteer teachers. Here, where most of the classrooms have been destroyed, students are the ones who have to take care of cleaning the building.