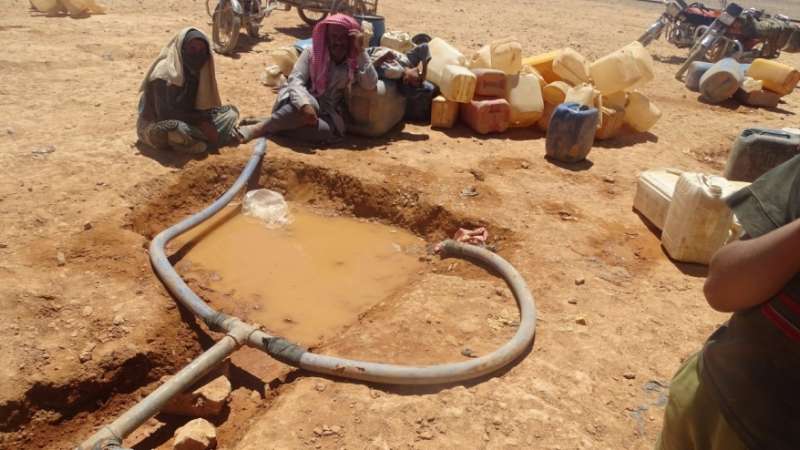 File Photo
Orient Net
The UN on Wednesday (Oct. 10)  urged warring parties in Syria to allow basic health service deliveries to tens of thousands of increasingly desperate Syrians trapped in the desert near the Jordanian border, AFP reported.
The global body’s fund for children, UNICEF, said two babies without access to hospitals had died in the past 48 hours near the Rukban border crossing.
"Once again, UNICEF appeals to all parties to the conflict in Syria and those who have influence over them, to allow and facilitate access to basic services including health for children and families," said the agency’s Middle East and North Africa director, Geert Cappelaere.
"This is the very minimum for human dignity."
UNICEF said Wednesday that a five-day-old boy and a four-month-old girl had died in Rukban.
While one clinic on the Jordanian side of the frontier continues to treat urgent cases, the situation demands more sophisticated health care that is "only available in hospitals," it said.
"The situation for the estimated 45,000 people -- among them many children -- will further worsen with the cold winter months fast approaching, especially when temperatures dip below freezing point in the harsh desert conditions," Cappelaere said.
"It is time to finally put an end to the war on children. History will judge us and the death of children, preventable in many cases, will continue to chase us."