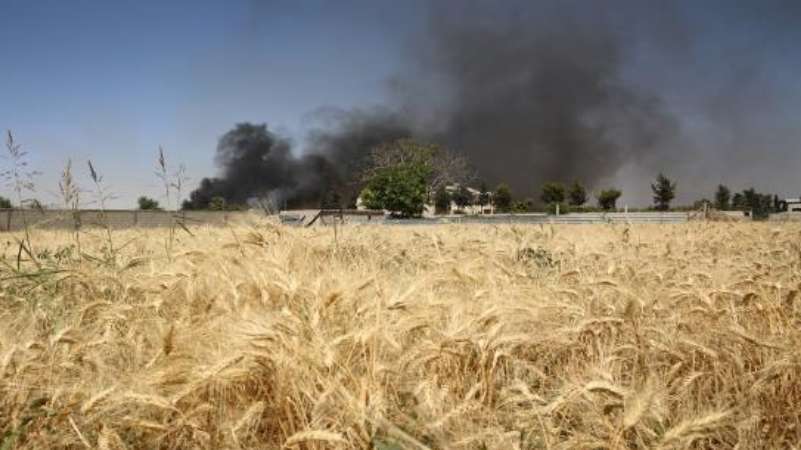 Orient Net
Syria’s wheat crop this year was the smallest in three decades as war and drought cut production by around 30 percent, the UN Food and Agriculture Organization (FAO) said on Tuesday.
The output of 1.2 million tons in 2018 was the lowest since 1989 and compared with a pre-crisis average of 4.1 million tons a year, FAO said.
That puts pressure on the regime, as flatbread is a subsidized staple for Syrians, who have suffered under a conflict estimated to have killed several hundred thousand people and forced millions to flee their homes.
The slump in wheat production this year occurred despite better access to agricultural land due to an improved security situation. Infrastructure has been badly damaged after years of Assad war combined with drought hitting bread-producing regions.
Of the total wheat produced, regime state grain buyer Hoboob is estimated to have purchased only 250,000 tons.
“There is a new dynamic in the country, as most farmers in these situations will sell to those offering the highest prices and so some of the wheat is sold to private traders and some filters across the borders to Turkey and Iraq,” Adam Yao, deputy FAO representative in Syria, told Reuters.
Based on ARAB NEWS