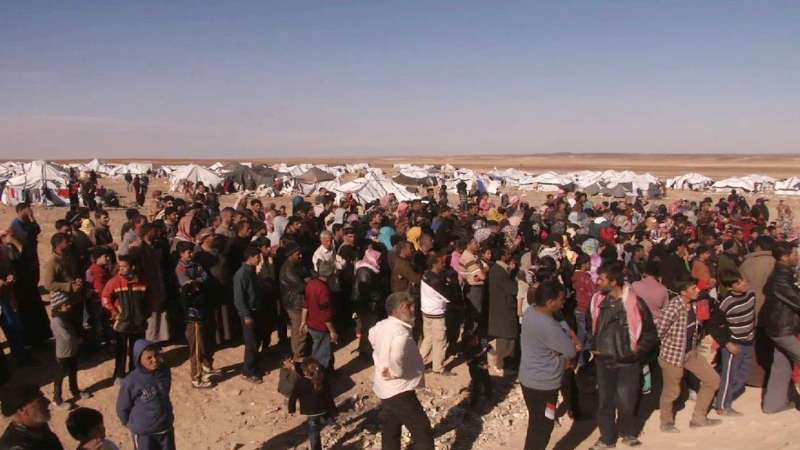 Orient Net
A meeting was held on Saturday (Sept 29) between representatives of the Assad regime and Syrians from the al-Rukban Refugee Camp to discuss a "reconciliation" deal with the regime, local sources said.
The Syrian refugees’ delegation said there were 150 Syrians needed urgent medical care and treatment in Damascus.
They called for a "reconciliation deal" for these 150 Syrians who included dissidents, reservists and Syrians who defaulted the Assad military service.
The meeting also discussed the idea of moving a number of Syrian refugees from the al-Rukban Camp to the north of Syria, the Furat Post Network said.
The al-Rukban Camp delegation asked for real and serious assurances from the regime for the Syrian refugees in case they decide to head to the Assad regime-areas, as the international community has absolutely forgotten them.
Urgent appeals were made to save hundreds of children suffering from severe diarrhea and hepatitis.
Syrians earlier spoke to Orient News about the scarcity of food, drinking water and bad hygiene conditions amid the absence of international organizations’ aid.