Opposition’s National Liberation Front to work with Turkey in Idlib 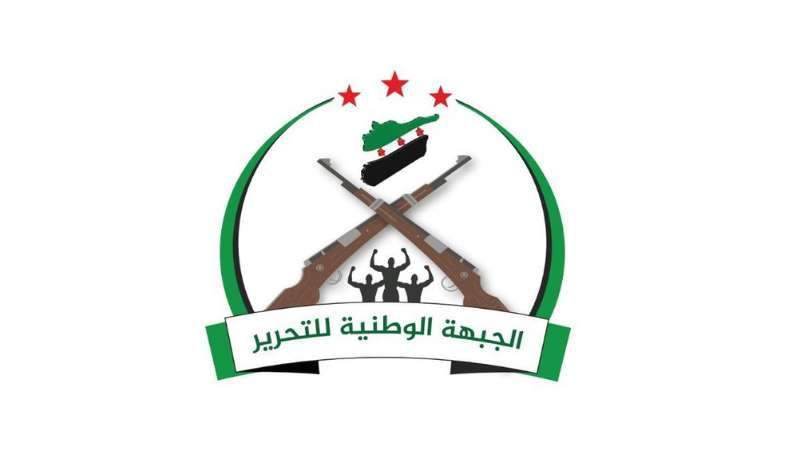 Orient Net
The National Liberation Front, an opposition military alliance in Idlib and Aleppo countryside, appreciated the Turkish stance on the Sochi Idlib agreement.
The opposition alliance said it will cooperate with the Turkish ally in order to spare the woes of war.
The alliance continued in a statement published on Saturday (Sept 22) that "the Russian enemy" can not be trusted.
"It has been proved to all that Russia does not regard or live up to any pledges or deals reached with the opposition".
The statement pointed out to the massacres and the forced displacement policy practiced against Syrians by the Russian troops in Syria during the last years.
The statement concluded in assuring that fighters in the alliance will never lay down arms or surrender until the goals of the Syrian revolution are achieved, most of all, toppling the Assad regime. 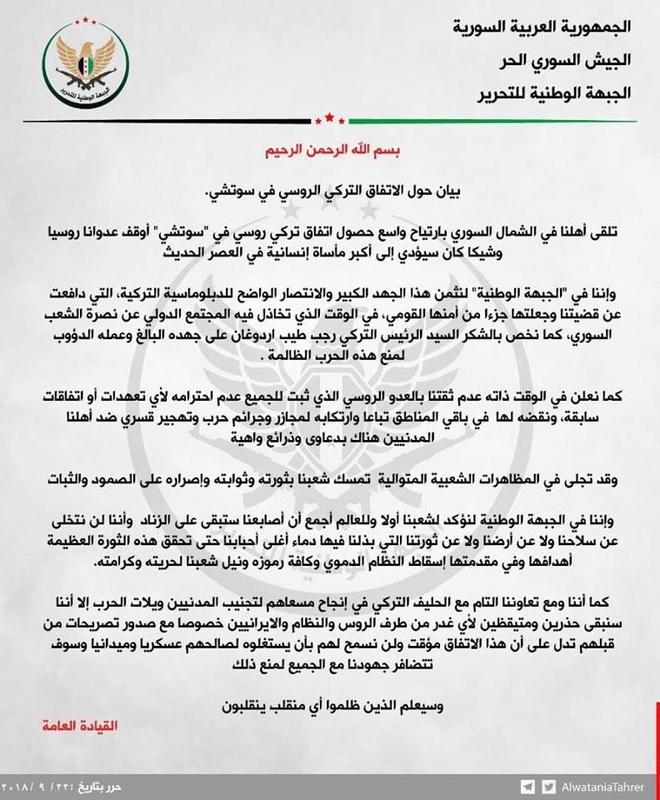