Turkey tells 50,000 FSA fighters to be ready for deployment in Idlib 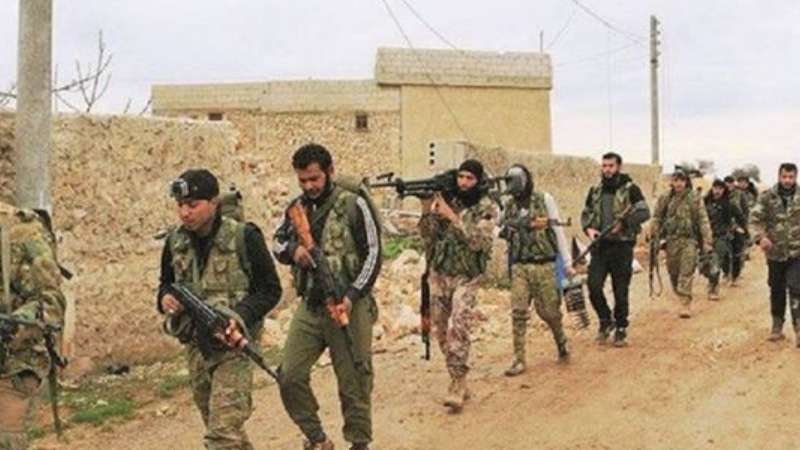 Orient Net
As the Assad regime and Russian warplanes viciously attack the last opposition-held stronghold of Syria’s Idlib, Turkey ramped up its military reinforcements in northern Syria and instructed over 50,000 Free Syrian Army (FSA) fighters stationed in Afrin, Azaz, Jarabulus, al-Bab and al-Rai to “be ready for military deployment,” Yenisafak Reported on Monday (Sep. 10)
Turkey also requested that the Free Syrian Army report and list their number of troops, weapons and ammunition.
The FSA currently has 30,000 troops under the banner of the “Syrian National Army” in the areas within the scope of the Euphrates Shield and Olive Branch operations and will transfer 20,000 of them to Idlib.
The National Front for Liberation, which was formed in May in northwestern Idlib and includes eleven opposition groups, has also a total of 30,000 fighters.
The formation includes the following groups: Sham Legion, Jaysh al-Nasr, Free Idlib Army, 1st Costal Division, 2nd Costal Division, 1st Division, 2nd Army, Army of Elites, Shuhada al-Islam Darayya, al-Hurriyat Brigade, and 23rd Division.
These groups have been operating in Idlib and the northern part of Hama under the banner of the Free Syrian Army.
The number of Turkish soldiers dispatched to northern Syria exceeded 30,000 in the areas within the scope of the Euphrates Shield and Olive Branch operations and Idlib. The Turkish army also doubled its armored vehicles and tanks deployed at the Syrian border and dispatched missile platforms, artillery batteries at strategic points.
Turkish forces are present at 12 points from Idlib’s north to south, which are currently being fortified with cement walls and bulletproof watch towers against a regime attack.
The Assad regime has recently announced plans to launch a major military offensive in the area, which has long been controlled by various armed opposition groups.
The UN warned earlier this week that such an offensive would lead to the "worst humanitarian catastrophe in the 21st century."