MPs demand inquiry into consequences of UK’s inaction in Syria 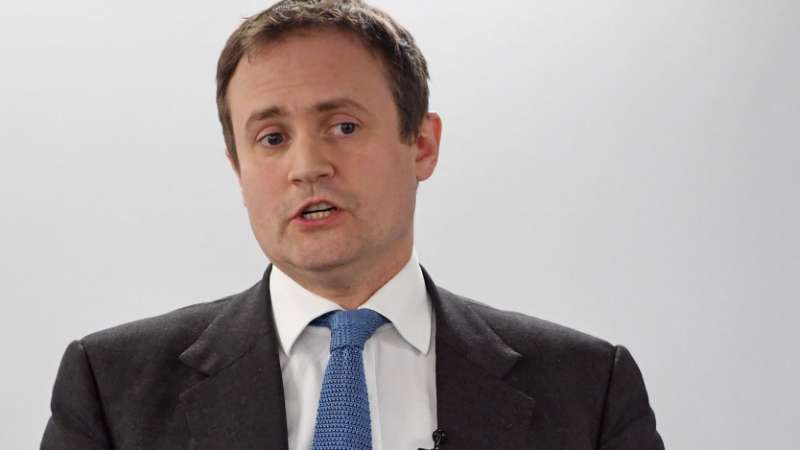 Tom Tugendhat, foreign affairs committee chair: ‘The government must do more to protect civilians.’ Photograph: PA
Orient Net
The UK must share responsibility for the mass atrocities in Syria, MPs on the foreign affairs committee will claim as they call for the government to launch an independent inquiry into the price of Britain’s inaction in Syria, Guardian reported.
The committee says the price of non-intervention in the seven-year war has been unacceptably high in terms of lost lives, increased Russian and Iranian influence and severe consequences for Europe.
The call for an inquiry comes in a report issued on Monday (Sep. 10), as Russia prepares a major offensive in the last opposiyion enlcave of Idlib.
The idea of a Chilcot-style inquiry has already been rejected by the foreign secretary, Jeremy Hunt, in a letter to the committee in which he argued that the reasons for the UK’s non-intervention were well documented.
But the report urges the government to clarify its approach to the UN doctrine of the responsibility to protect, arguing: “While the cost, complexities and challenges of intervening have been well documented through previous inquiries, such as the Iraq inquiry, the consequences of not acting are less well understood. We believe that the consequences of inaction can be every bit as serious as intervening. The decision not to intervene in Syria has had very real consequences for Syrians, their neighbours, the UK and our allies.”

MPs in 2013 voted not to back military action after Bashar al-Assad’s militias used chemical weapons in eastern Damascus. The vote contributed to Barack Obama’s decision to hold back from enforcing his red line on the use of chemical weapons.
But the MPs say an inquiry needs to examine more than the circumstances of the Commons vote in August 2013 and to look more broadly into the devastating consequences of the international community’s failure to act both for Syrian refugees, chemical weapons use, the politics of the Middle East and relations between Russia and the west, including at UN security council.
They write: “There has been a manifest failure to protect civilians and to prevent mass atrocity crimes in Syria. This failure has gone beyond the heavy toll paid by the Syrian people to the surrounding region, and had repercussions in Europe and the UK. It is the committee’s view that this failure derives principally not from the actions taken by the international community but inaction.
“The international community’s inaction created an opportunity for others, particularly Russia and Iran, to intervene, changing the politics of the conflict in Syria. We believe the government needs to understand the role the UK’s inaction has had and learn the lessons from it for the future.”
By only responding to chemcial weapon attacks and ignoring the Assad regime’s use of barrel bombs on civilian populations, the west was in danger of creating “a hierarchy of atrocities” in which only the most severe warrant response, the MPs add.
The committee chairman, Tom Tugendhat, said: “The people of Syria show clearly that choosing not to act, standing aside, can have consequences every bit as real and horrific as the decision to act. The government must do more to protect civilians as part of its responsibility to protect. With the situation in Idlib reaching crisis point, action to prevent mass atrocities is ever more urgent.”
The MPs also urge the UK government to define more clearly its belief in the right to intervene militarily to prevent genocide or atrocities.
The report also calls on the UK to urge UN security council members to agree to refrain from using their veto in the event of credible allegations of genocide, a proposal advanced by the then-French president François Hollande in 2013, but unlikely to gain Russian support.
The committee blames Russia for using its UN veto repeatedly in Syria, saying: “It is an abuse of the moral responsibility entrusted to the permanent security council members to block action sought to prevent or alleviate suffering from mass atrocities.”
The MPs argue: “Under specific circumstances, proportionate and necessary force should be available to be used as a last resort to alleviate extreme humanitarian distress on a large scale.
“The absence of humanitarian intervention as a final recourse could result in the paralysis of the international system and a failure to act, resulting in grave consequences for civilian populations.”