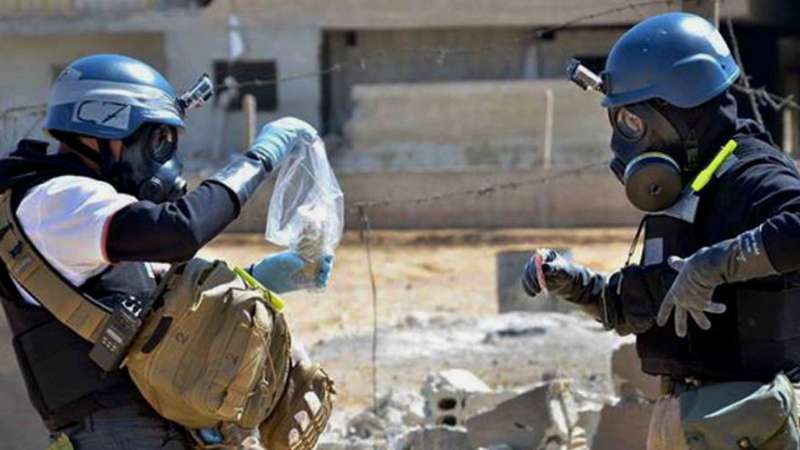 US draws up target list if Assad launches chemical weapons attack
US intelligence and military targeting experts have drawn up a preliminary list of Syrian chemical weapons facilities that could be struck if President Donald Trump were to order a new round of airstrikes in the country, multiple US officials told CNN.
A decision to take action has not been made, but one administration official with direct knowledge of the current situation told CNN the military "could respond very quickly" if Assad launched a chemical weapons attack, and the initial targeting data assembled would give the Pentagon a head start if the President decides to take action.
US officials stress they are worried that an impending Assad regime assault on the opposition stronghold of Idlib could involve the use of chemical weapons if the opposition fighters are able to slow regime advances. The regime has moved armed helicopters closer to Idlib in the last few weeks, according to two defense officials. The US is concerned they could eventually be used to launch another chemical attack using chlorine-filled barrel bombs, though they are readily available for a conventional assault.
__new_in_first_article1__
Officials stress they are also worried that an assault on the city using conventional weapons could leave thousands dead and deepen the humanitarian crisis along the Syria-Turkey border.
The Pentagon is also closely watching Russian military maneuvers in the eastern Mediterranean. The Russian Ministry of Defense says 26 warships and more than 30 combat aircraft will be part of what the Russians say will be large scale exercises the area.
The US intelligence community has a very good understanding of what the Russians are trying to do with this seaborne strategy, officials tell CNN. It is also well known that the US military could use jamming and electronic warfare countermeasures against any Russian military efforts. In the April strikes against chemical targets, US and allied ships and aircraft fired from not only the Mediterranean but the Red Sea and North Arabian Gulf to avoid Russian detection.