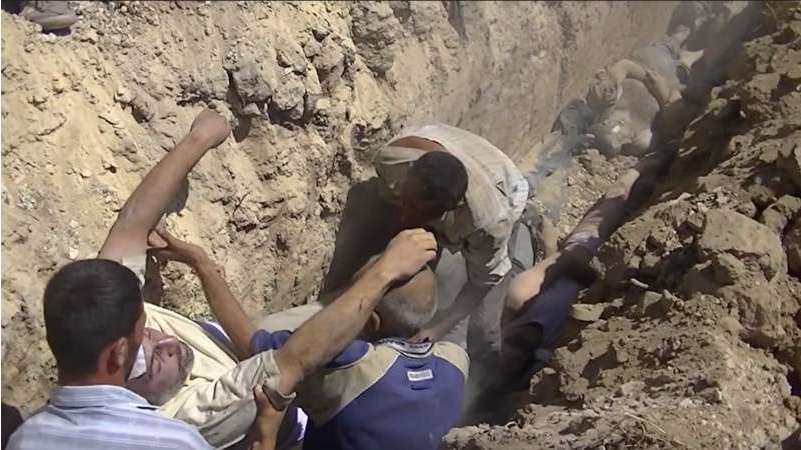 Orient Net
Assad regime is working to hide the evidence of the chemical massacre committed by its militias in Damascus’ Ghouta in 2013 .
Local sources reported that the Assad regime claimed that an attack was launched on its checkpoints in the city of Zemlka in eastern Ghouta to circle the cemetery of martyrs in the city, detaining nurses and grave diggers who witnessed the chemical massacre, claiming that they participated in the mock attack on the Assad checkpoints.
The sources added that the Assad sectarian militias entered the cemetery to begin the excavation and exhumation, on the pretext of searching for weapons and ammunition hidden by unknown parties.
"The Assad regime dug the graves of chemical victims in Zamalka and Arbeen. Many bodies were transferred to an unknown destination," a media activist said.
The local sources said when the Assad sectarian militias were exhuming in the Zamalka cemetery , locals tried to stop them, which led to the arrest of 4 and leading them to an unknown destination.