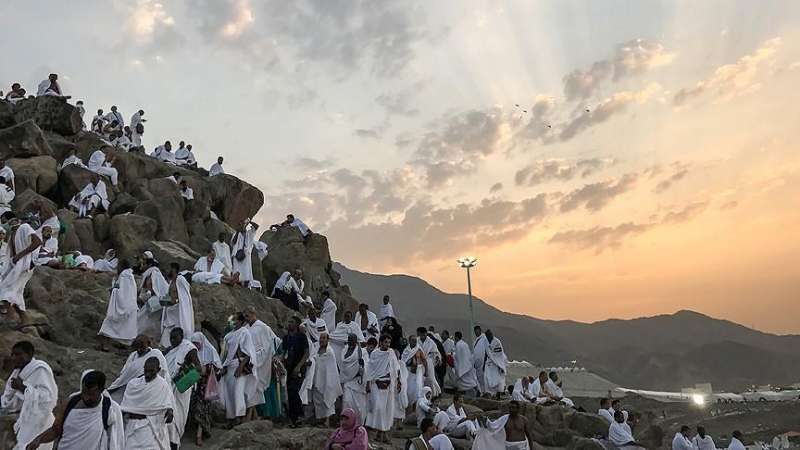 Hajj pilgrims are on Saudi Arabia’s Mount Arafat
Nearly two million Muslims from around the world are spending their day on the sacred Mount Arafat near Saudi Arabia’s holy city of Mecca as part of the annual Hajj pilgrimage.
After spending a night of meditation and introspection in the tent city of Mina -- the first leg of the five-day Hajj -- pilgrims set out for Mount Arafat on Monday morning.
It was on Mount Arafat that Prophet Muhammad delivered his final sermon.
Muslims are expected to spend the entire day on the Arafat plateau while praying continuously and asking Allah for forgiveness and mercy.
__new_in_first_article1__
At sunset, they will descend the mountain and head back to Muzdalifah, the halfway point between Arafat and Mina.
Over the last month, hundreds of thousands of Muslims have converged on Saudi Arabia from all over the world to perform this year’s pilgrimage.