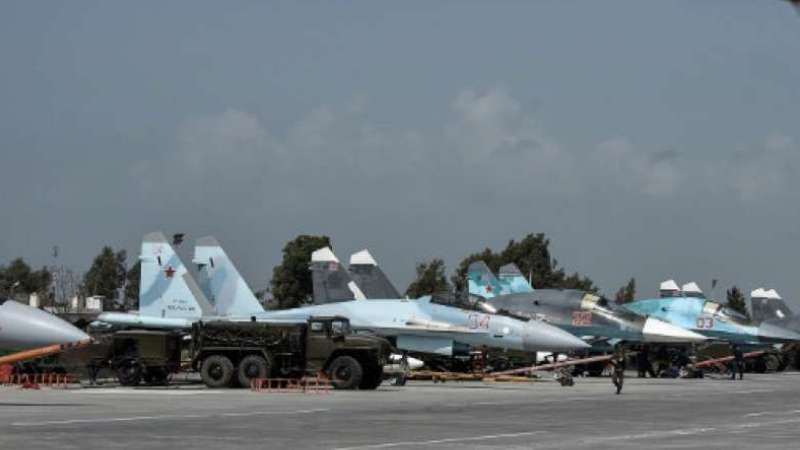 Orient Net
Russia’s military said on Sunday (August 12) it had shot down two drones that came close to Khmeimim air base and were launched from the Idlib “de-escalation” zone, TASS agency reported.
The two drones caused no casualties or damage, and the Khmeimim air base is operating as normal, the agency said.
"During the past day, radars of the Russian airbase at Khmeimim spotted two unmanned aerial vehicles launched from the Idlib de-escalation zone. The airbase’s missile defense systems downed these air targets at a safe distance from the base," Alexei Tsygankov said.
Multiple attacks were conducted on the Khmeimin air base in the last months, some of the alleged attacks could reach the strategic air base, while most of similar attacks were repelled.
Most Russian warplanes took off from Khmeimim to carry out airstrikes on civilians in the opposition-held areas of Syria where massacres were reported to Assad militias recapture areas on the ground.