UN: Russia and Iran keen to avoid bloodbath in Idlib 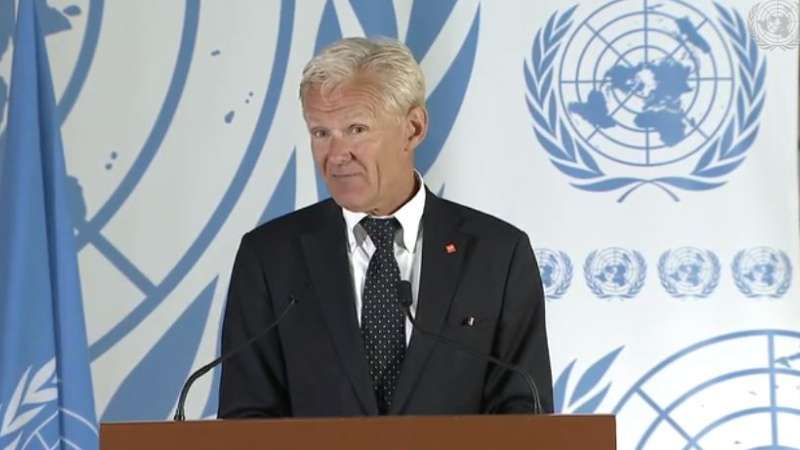 Orient Net
Russia, Iran and Turkey told a meeting of the Syria humanitarian taskforce on Thursday (August 9) that they would do their utmost to avoid a battle that would threaten millions of civilians in opposition-held Idlib, UN humanitarian adviser Jan Egeland said.
He estimated that there were 4 million or more people in the potential battleground in northwest Syria and he hoped diplomats and military envoys could reach a deal to avoid a “bloodbath”, Reuters reported.
But he said the UN was making preparations for a battle and would ask Turkey to keep its borders open to allow civilians to flee if the need arose.

We must put more pressure on states with influence in Syria: The war cannot be allowed to engulf an Idlib full of displaced & civilians. We must learn from carnage of #EasternGhouta #Homs #Raqqa. Diplomats must enable agreements to protect civilians.


An anticipated Assad regime offensive against opposition in Idlib countryside could displace more than 700,000 people, far more than were uprooted in a recent battle in the southwest of Syria, a UN-led group of health agencies said in a monthly report.
قيم هذا المقال 20 0