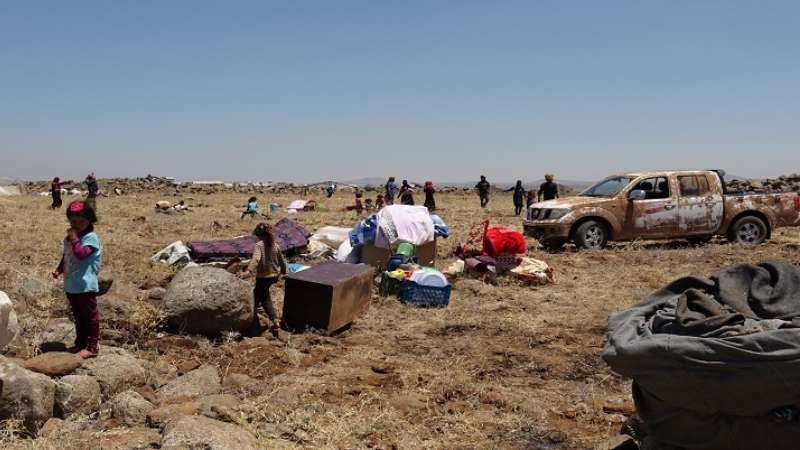 File Photo
Orient Net
Assad militias and their Russian and Iranian allies are launching a major offensive on the Yarmouk Basin in Daraa countryside, where Jaysh al-Yarmouk is located, killing and injuring civilians.
Activists reported that at least twenty Russian airstrikes targeted Al-Shajara and Jelleen villages in Daraa countryside on Tuesday (July 24).
Dozens of civilians were killed during the last few days by the Russian and Assad militias’ shelling with all kinds of heavy weapons, according to Nabaa, a main local news website in Daraa countryside.
Seven civilians were killed, and 12 others were injured when Assad militia targeted them while trying to flee Yarmouk basin towards Quneitra on Monday, Orient correspondent said.
Activists confirmed that Russian warplanes carried out aerial attacks, using incendiary phosphorus and napalm bombs on the villages and towns in Daraa countryside including: Tasil, Adwan, Hayt, and Aabdyn killing and injuring civilians.
At least 20 civilians were killed in the town of Tasil and other neighboring towns in the Yarmouk Basin, including five children of one family on Saturday.
Daraa Martyrs Documentation Office has documented killing of at least 42 civilians in Daraa during the latest 72 hours.