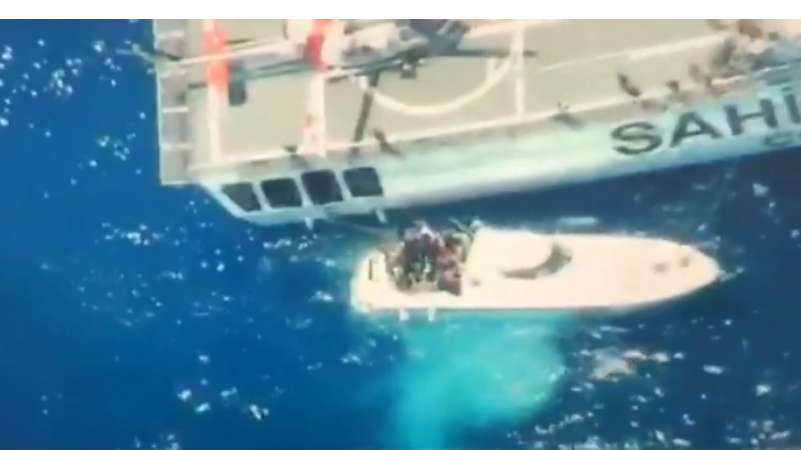 Orient Net - Reuters
Nineteen people died when a boat carrying 150 migrants sank off the coast of northern Cyprus and rescuers were searching for 25 other people, Turkey’s coast guard said on Wednesday (July 18).
It said 103 migrants were rescued by boats and helicopters of the Turkish and northern Cypriot coast guards, helped by commercial boats in the area, from the sunken boat some 30 km (18 miles) off the north Cyprus coast.
A Panama-flagged commercial ship spotted the migrant boat some 25 nautical miles from Turkey’s southern province of Antalya and alerted the coast guard on Wednesday morning, the statement said.
One rescued person was in critical condition and has been brought to northern Cyprus by helicopter, the coast guard said. It did not say where the other rescued passengers had been taken.
In 2015, Turkey became one of the main launch points for more than a million migrants taking the dangerous sea route to the European Union, many fleeing conflict and poverty in the Middle East and Africa. A 2016 deal between Turkey and the European Union sharply reduced the flow of refugees into the bloc, after thousands died crossing from Turkey to Greek islands a few miles offshore.
From January to May this year at least 26 migrants died trying to cross to Europe from Turkey, according to coast guard statistics.