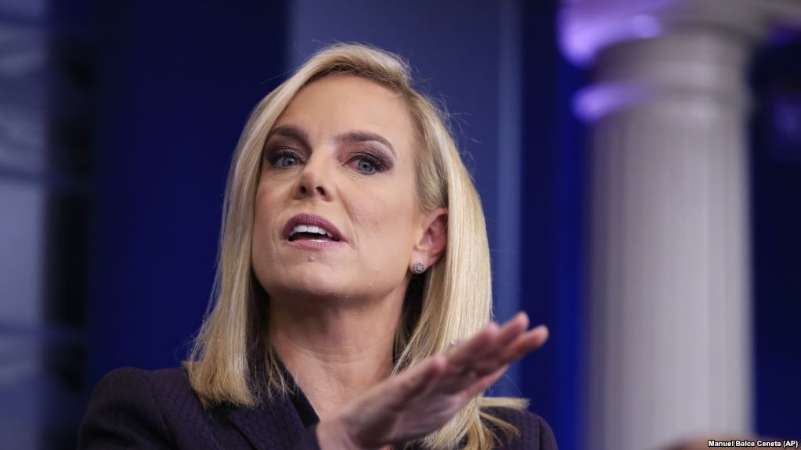 Orient Net
The US homeland security chief says the country’s intelligence officials are seeing “persistent Russian efforts” to use social media and other resources to create divisions among the American people, US media and RFE reported.
Homeland Security Secretary Kirstjen Nielsen, speaking on July 14 at a gathering of US secretaries of state in Philadelphia, said the Russians were using social media, “sympathetic spokespeople, and other fronts to sow discord and divisiveness amongst the American people.”
She added, however, that the efforts are not “necessarily focused on specific politicians or political campaigns."
Nielsen also contended that there were no signs Russia is targeting this year’s midterm elections with the same "scale or scope" it attacked the 2016 US presidential election.
Her comments came a day after a US grand jury charged 12 Russian intelligence officers for their roles in hacking into the Democratic party and leaking stolen emails and other information during the 2016 campaign.