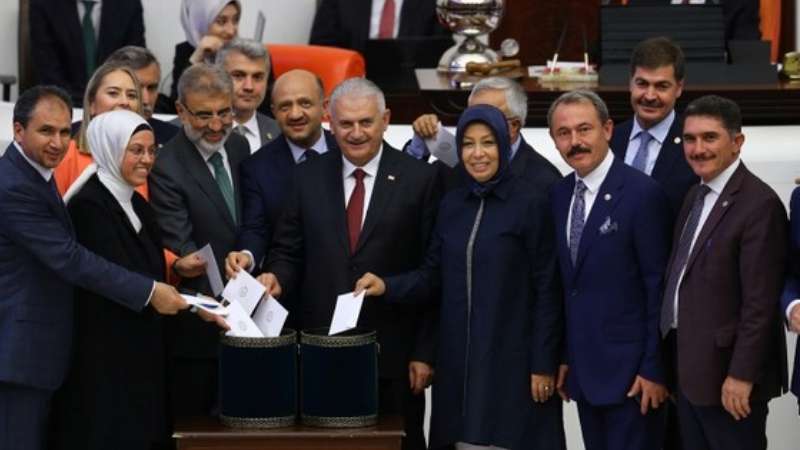 AA
Orient Net
Turkish lawmakers on Thursday (July 12) elected Turkey’s last Prime Minister Binali Yildirim to be the first speaker of the Turkish Grand National Assembly under new government system.
Yildirim won the third round with 335 votes, while 301 were needed to secure the post.
President Recep Tayyip Erdogan, in Belgium for the NATO summit, called Yildirim to congratulate him on his election, Daily Sabah said.
Yildirim has served as the Turkey’s final prime minister until earlier this week, when the post was abolished under constitutional changes. The Nationalist Movement Party (MHP) has announced that it will support the AK Party candidate.
According to Turkish state protocol, the Parliament speaker is the second-highest ranking government official. The current Parliament speaker Ismail Kahraman, who served for two terms, did not seek another term due to his advanced age and health problems.