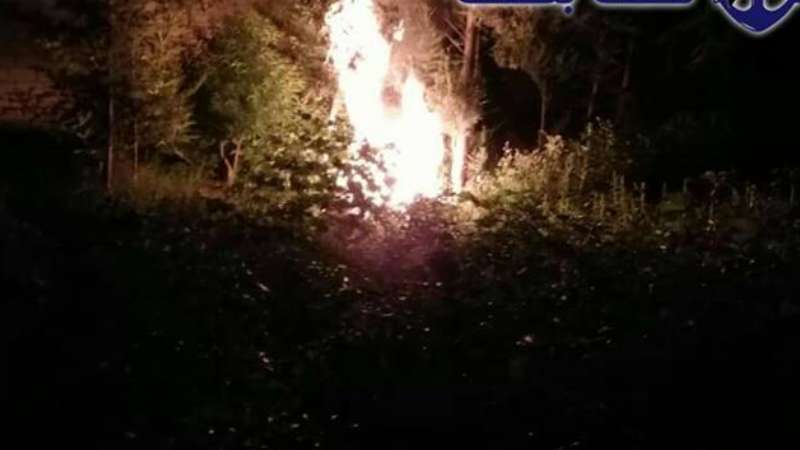 Orient Net
Unidentified drones have been shot down near Russian Khmeimim air base in Syria, RIA news agency cited an air base spokesman as saying on Sunday (July 1).
Interfax news agency said the base was not damaged during the incident, citing Russian military.
Several videos, showing the moment the drone was shot down, have emerged on social media.
No group has claimed responsibility for the attempted attack.
In January, Russia’s Defense Ministry displayed a pair of drones that it said were captured following attacks on two Russian military bases in Syria, saying the attack required know-how indicating it was carried out with outside assistance.
Russian President Vladimir Putin accused outside powers he wouldn’t name of staging the attack to derail a deal between Russia, Turkey and Iran that is intended to reduce hostilities in Syria.
Putin said Moscow knows who helped stage the attack on the Russian bases, but he didn’t identify the country allegedly involved, saying only that it wasn’t Turkey.