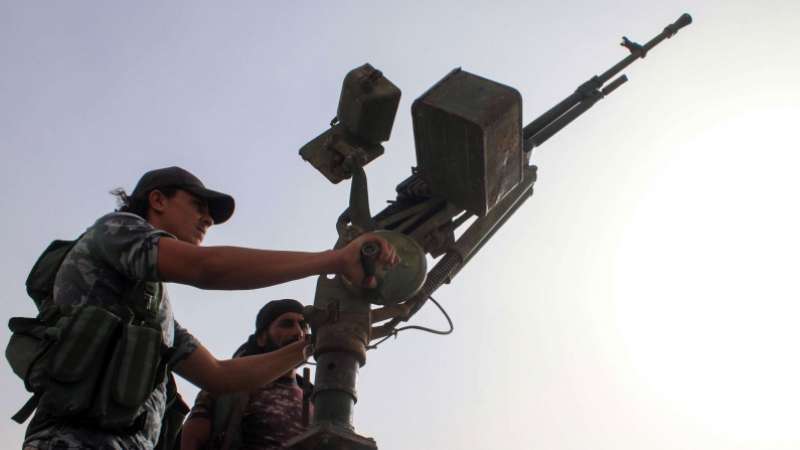 US calls opposition to ignore Assad provocations
__new_Underarticle_image_EN__
Orient Net
Washington has asked Syrian opposition representatives not to respond to the provocations of the regime after helicopters dropped barrel bombs on opposition areas in the country’s southwest.
The US hopes for a “diplomatic solution” that protects the de-escalation agreement brokered last year by Washington, Moscow and Amman.
Diplomatic sources said that US President Donald Trump and his Russian counterpart Vladimir Putin will discuss the Assad regime offensive in the South during an expected summit next month.
In a written letter addressed to the armed opposition, Washington wrote: “We are currently working on protecting the truce using diplomatic channels, and we are exerting important efforts to achieve that.”
__new_in_first_article1__
The letter also stressed the need “not to respond to provocations, because such behaviors would only speed up the worst scenario for the south of Syria and would undermine our efforts.”
A copy of the letter, which was received by Asharq Al-Awsat, also noted: “The regime is trying to provoke you through barrels and statements, searching for a pretext to attack the South. We cannot offer them this excuse.”
Assad regime helicopters dropped barrel-bombs on opposition-held areas in Daraa countryside for the first time in a year.
On Thursday, the US State Department warned of "serious repercussions,” if the Assad regime continues to violate the southwest de-escalation zone.