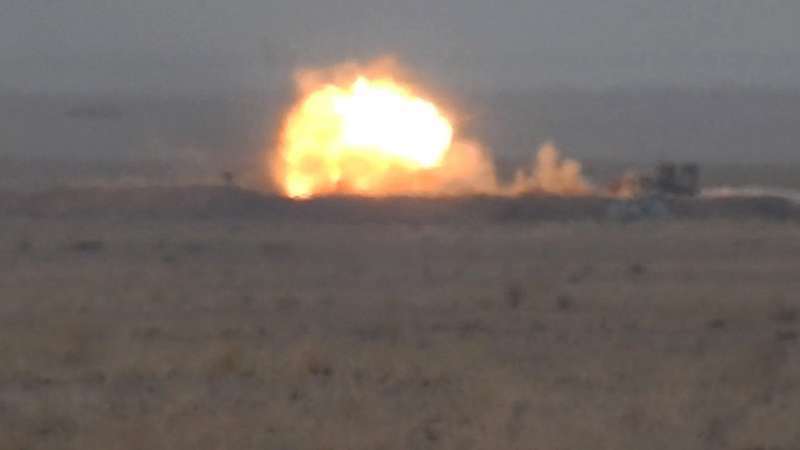 Orient Net
Israel targeted on Friday (June 15) the Iran-affiliated "Pantsir S1" missile system in the countryside of Quneitra as some Iranian militias were redeployed in the region, Orient News correspondent said.
Fadi al-Asma’i pointed out that the destroyed missile system was set up on Fatima Hills, a strongly-fortified centre for Iranian militias.
The Iranian militias had already reinforced their presence in Muthaleth al-Moat (The Triangle of Death), near the village of Habbariyya, he said.
"The Iranian militias also changed their uniform to wear that of Assad militia’s, using the military vehicles of the Assad Fifth and Seventh Brigades".
More than 500 members of these militias heavily deployed, where they camouflaged and drove unreal convoys to settle in areas close to the front lines near Kafr Shmes, Hmeret and Teiha
It is worthy to remind that the Assad sectarian militias shelled on Friday areas in Daraa where at least four civilians were killed despite the US warning of taking "a firm and appropriate"action against any violation in the southern Syria de-escalation zone.