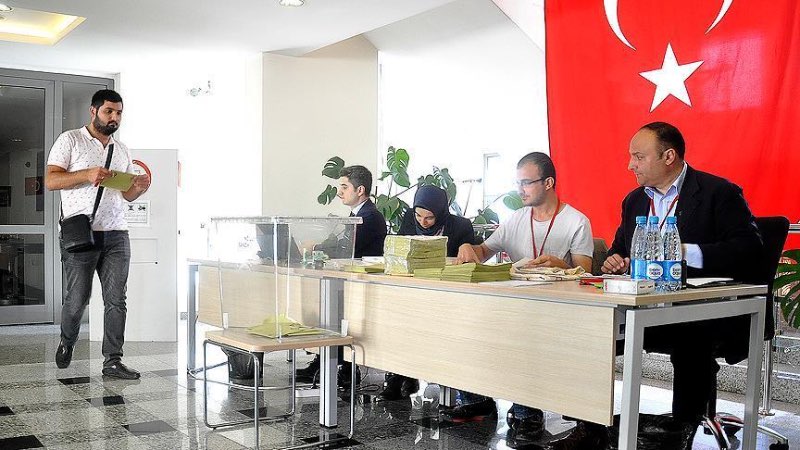 AA
Orient Net
Turks living in China, Kazakhstan, and Kyrgyzstan began casting votes on Saturday in Turkey’s presidential and general elections, the Anadolu Agency said.
In Turkey, voters will go to the polls on June 24.
Turkish voters will vote at the Turkish embassies of Beijing, Astana and Bishkek and at the consulates general of Turkey in Kazakh cities of Almaty, Aktau, and the Chinese cities of Shanghai, Guangzhou and Hong Kong on June 16 and 17.
In April, the Turkish parliament passed a bill for early elections on June 24, in order to cement Turkey’s move to a presidential system.
According to the electoral calendar, Turkish expats will be able to vote in embassies and consulates abroad until June 19. They will however be able to vote until June 24 at customs gates.
Over 3 million Turks living abroad are eligible to vote for the presidential and general elections.
Six candidates are running for president, while eight political parties are taking part in the parliamentary elections.
Should he win the June election, Erdogan would be Turkey’s first leader under the presidential system.