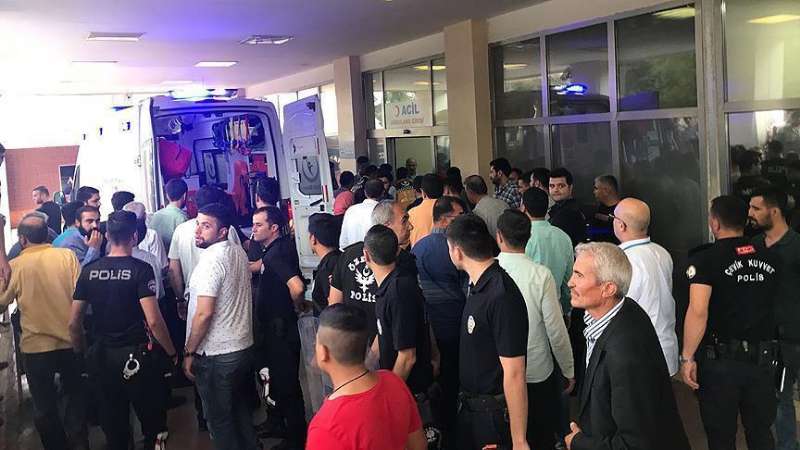 photo: AA
Orient Net
Members of the Turkish ruling Justice and Development (AK) Party on Thursday were attacked by an armed group in southeastern Turkey, leaving four people dead and eight injured, Anadolu Agency said.
The Turkish Health Minister said the members, including MP Ibrahim Halil Yildiz, were attacked while campaigning in Sanliurfa’s Suruc district ahead of the elections.
Although Yildiz survived the attack with no injuries, his older brother Mehmet Ali Yildiz died after succumbing to his wounds at the hospital.
Sanliurfa Governorship said in a statement that Yildiz, accompanied by a group of people, was visiting tradesmen in the center of Suruc district as part of his election campaign and the discussion turned into a fight.
Turkish President Recep Tayyip Erdogan said security forces and the judiciary will definitely find whoever is behind the incident.