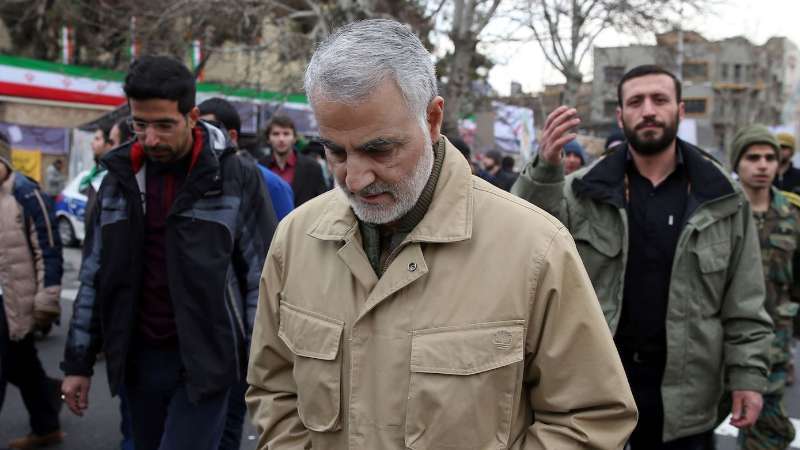 Orient Net
Lebanese Prime Minister Saad Hariri has criticised  Qassem Soleimani for comments he reportedly made in which he praised Iran-backed groups for making gains in last month’s parliamentary elections.
The Iran-backed Hezbollah and its allies gained more than half the seats of the 128-member parliament in the 6 May parliamentary elections, with Hariri’s Future Movement party losing a third of its seats, resulting in 21 won.
Lebanese media aired a video posted on social media showing General Qassem Soleimani, the commander of Iran’s al-Quds Force, saying that Hezbollah’s victory came at a time when some Arab countries labelled it and its leaders as terrorists.
Hariri told reporters on Monday (June 11) that the comments are "regrettable," adding that interfering in Lebanon’s internal affairs is "not in their (Iran’s) interest, nor those of Lebanon or the region."
The number of Hezbollah lawmakers in the 128-seat parliament may not increase but pre-electoral tactics secured it enough allies to withstand political challenges on strategic issues, including calls for it to disarm.
The al-Quds Force is responsible for Iran’s extraterritorial military operations, and it is affiliated with the Islamic Revolutionary Guards Corps.