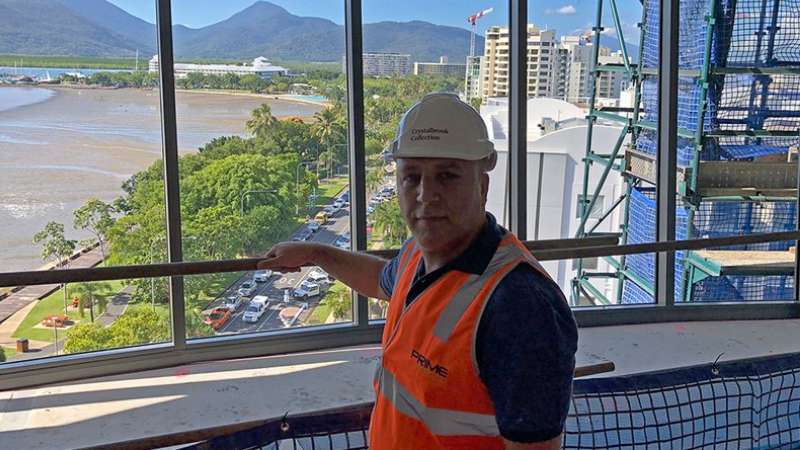 Ghassan Aboud toured "Riley" with considerable media interest
Crystalbrook Collection owner Ghassan Aboud, chairman and owner of Dubai-based Ghassan Aboud Group, toured the bustling construction site of Riley with considerable media interest on Wednesday (June 6), inspecting completed hotel suites, checking progress of the pool and restaurant areas and admiring the stunning view out across the Esplanade.
More than 1000 guests have already booked rooms at Crystalbrook Collection’s Esplanade hotel Riley, a full six months before the hotel’s scheduled opening in November.
Mr Ghassan said the company was aiming for construction and fit-out to be completed in September to allow time to road test the hotel’s services and systems.
"With this tower, we want to make this an iconic building for this city," he said.
"This hotel will be ready in September so from then until November 1 we will check all of the details, so that will give us two months to check all of the details and understand that it is everything we are looking for.
"I wanted to create this new tower without affecting the view from the other rooms of the other tower. Many architects gave me designs with many more rooms here, one of them I was for 100 rooms, but I chose this one with only 55 rooms.
__new_in_first_article1__
"From the first day our guests arrive to the last moment we want to have a very enjoyable experience. Unfortunately a mistake I think hotels make here is that  they only try to show customers the reef and the rainforest, and that’s two days. But what about the rest of the week the guests are here?"
"We want them to have a full, exciting week. More adventures, more things to go and see. This is what we want to create."
Mr Aboud said the Crystalbrook sales and marketing team have been selling the hotel for the past few months in Europe, the United States, the Middle East and Asia, as well as domestically with a focus on Sydney and Melbourne travelers.
Australian media outlets such as TropicNow, 7 NEWS TV, and WIN NEWS TV praised the impressive success of Aboud’s investment group in Australia “Crystal Brock Collection.”
Ghassan Aboud, the owner of Orient Media Group, is one of the most prominent Syrian businessmen. He has invested millions of dollars in Australia, UAE , Belgium and other parts of the globe. Ghassan Aboud Group aspires to expand and enter new markets.
Ghassan Aboud Group proudly sponsors Orient for Human Relief, that provides humanitarian, medical, education, and vocational training support to tens of thousands of refugees in the region. 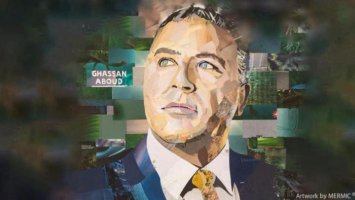