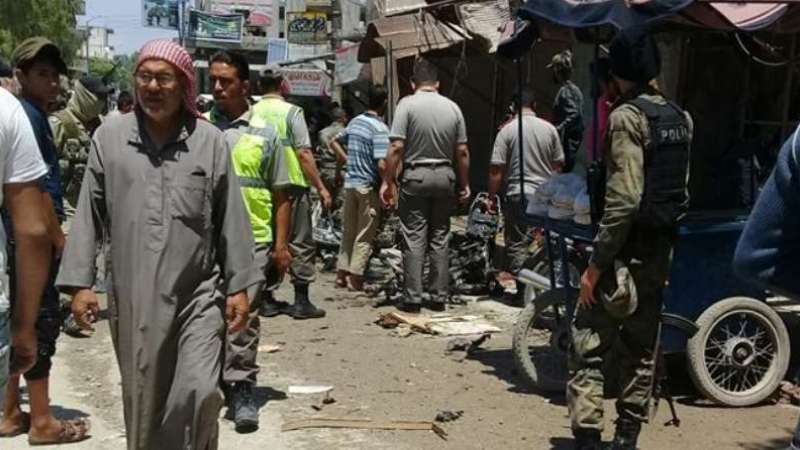 Motorcycle bomb kills civilians in Jarablus
__new_Underarticle_image_EN__
Orient Net
Many civilians were either killed or injured after an explosion ripped on Thursday (May 31) through a crowded area in the heart of Jarablus in eastern Aleppo countryside.
Local sources confirmed to Orient Net that the explosion resulted from a motorcycle bomb that targeted the (garage).
The explosion killed four civilians as an initial toll, including a child, and wounded more than 20 others.
__new_in_first_article1__
The explosion coincided with the start of the entry of the Syrians in Turkey to Syria pass the holiday of Eid al-Fitr, noting that the targeted area is crowded of civilians, and free of any military presence.