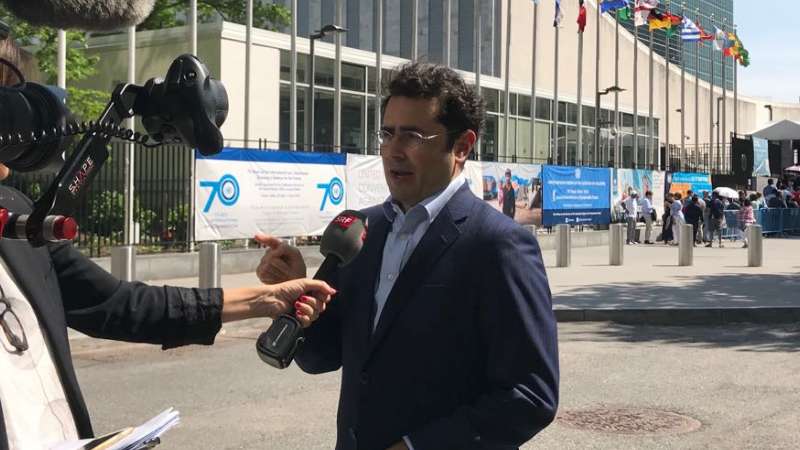 Hillel Neuer
A UN disarmament forum on chemical weapons is to be chaired by Assad regime next month - despite Bashar Assad’s regime being charged with toxic gas attacks.
The 65-nation Conference on Disarmament, based in Geneva, negotiated the international treaty banning the use of poison gas around the world and reports to the UN General Assembly.
But there have been calls for the US, the EU and UN chief Antonio Guterres to protest and for ambassadors to stage a conference walk out during the upcoming four weeks of the Assad presidency.
Hillel Neuer, executive director of the Geneva based non-governmental organisation, United Nations Watch, said: ’Having the Syrian regime of Bashar Assad preside over global chemical and nuclear weapons disarmament will be like putting a serial rapist in charge of a women’s shelter.’
قيم هذا المقال