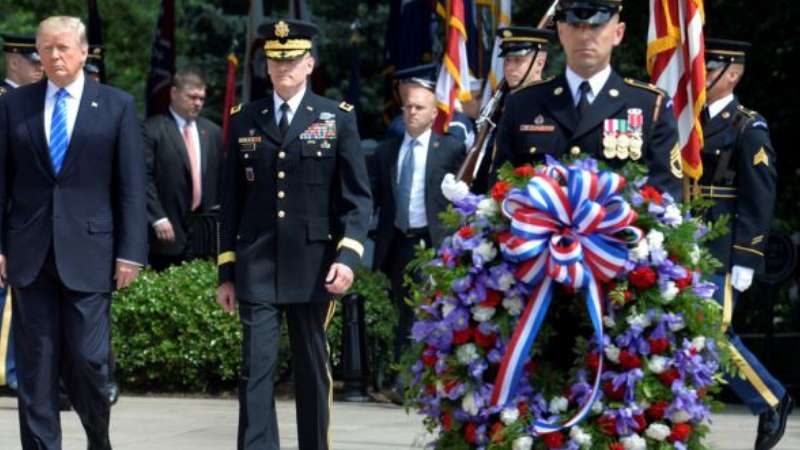 US President Donald Trump (L) is escorted for a ceremony to lay a wreath at the Tomb of the Unknown Soldier at Arlington National Cemetery, as part of Memorial Day observance, Arlington, Virginia, May 29, 2017.
Orient Net - VOA
Many Americans have the day off from work and school. The three-day weekend is seen as the unofficial start of the summer vacation season. Many families have picnics or make trips to beaches, parks or campgrounds.
Officially, Memorial Day, observed on the last Monday in May, has been set aside to honor all who died during military service throughout US history. Congress declared Memorial Day a national federal holiday in 1971.
Observances around the country and in Washington are planned for the day. President Donald Trump will participate in a wreath-laying ceremony at the Tomb of the Unknown Soldier at Arlington National Cemetery.
Memorial Day began in 1865, just after the end of the Civil War, when a group of former slaves held what is seen as the first commemoration of the nation’s war dead.
The group exhumed the bodies of more that 250 Union soldiers from a mass grave at a Confederate prison camp in Charleston, South Carolina, and gave them a proper burial.
For more than 50 years, the holiday only remembered those killed in the Civil War, not in any other American conflict.
It was not until America’s entry into World War One that the tradition was expanded to include those killed in all wars.