Iraq carries out more air strikes against ISIS in Syria 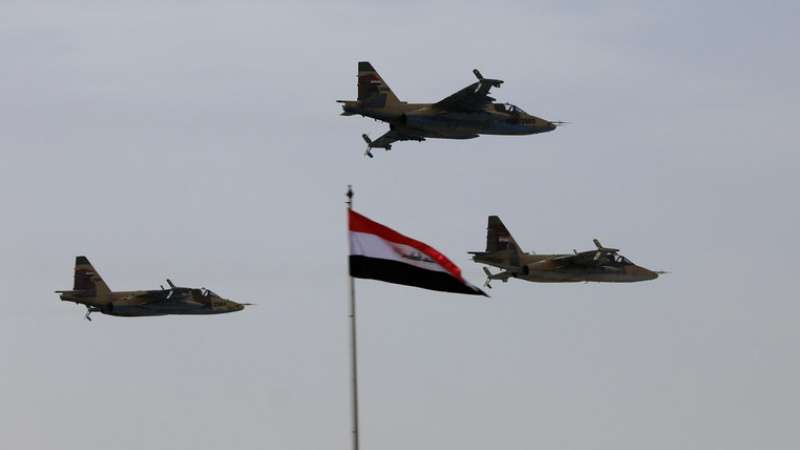 Iraqi Air Force planes fly past during Iraqi Army Day anniversary celebrations in Baghdad on January 6, 2018. (Reuters)
Orient Net
Iraq announced on Friday (May 25) it had carried out air strikes against ISIS in Syria.
“Iraqi F-16 planes carried out Thursday morning raids against the headquarters of ISIS leaders and an explosives depot occupied by ISIS in Syria’s Hajin region,” a statement by Iraq’s operations command said.
Several strikes have been carried out by Iraq and the international coalition since Thursday against the center of Hajin.
Wissam Muhammad, a media activist, told Orient TV, thousands of civilians still trapped in Hajin because ISIS has booby-trapped all the entrances to the city. Thousands of prisoners are also held by the terrorists there, he added.
Hajin is in Deir-ez-Zor province in eastern Syria, near the Syrian-Iraqi border.