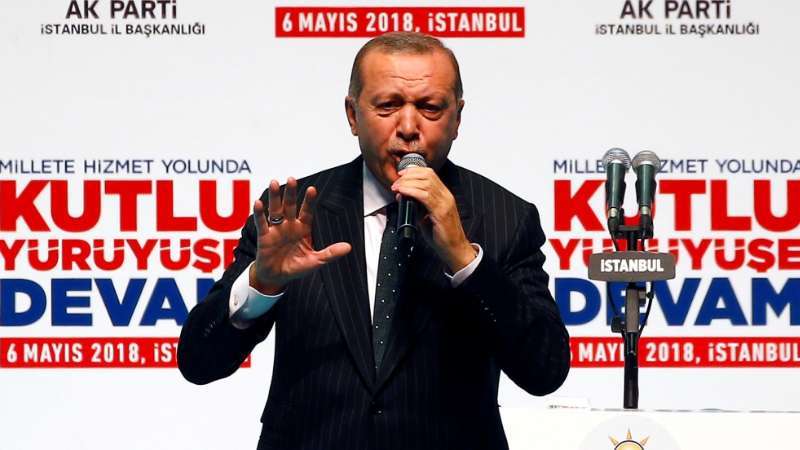 Orient Net
The AK party’s 360-page manifesto was heavily focused on strengthening Turkey. However, it also highlighted a comprehensive foreign policy plan.
We will continue to increase our activities in the country until all terrorists are cleared from Syrian territory. We will clear northern Syria from terrorists and the citizens will return to their lands,” President Tayyip Erdogan’s ruling AK Party said in its manifesto for next month’s elections, published on Thursday (May 25).
Turkey will continue its efforts for a new and legitimate leadership in Syria, and it aims to re-establish neighborly ties and cooperation with the “new Syria,” Erdogan added.
The 360-page manifesto emphasized a strong parliament, strong government and strong public while discussing the presidential system of administration.
The Turkish presidential and parliamentary elections will be held on the 24 of June.