UN Officials in Sweden for talks on North Korea, Syria

UN Officials in Sweden for talks on North Korea, Syria 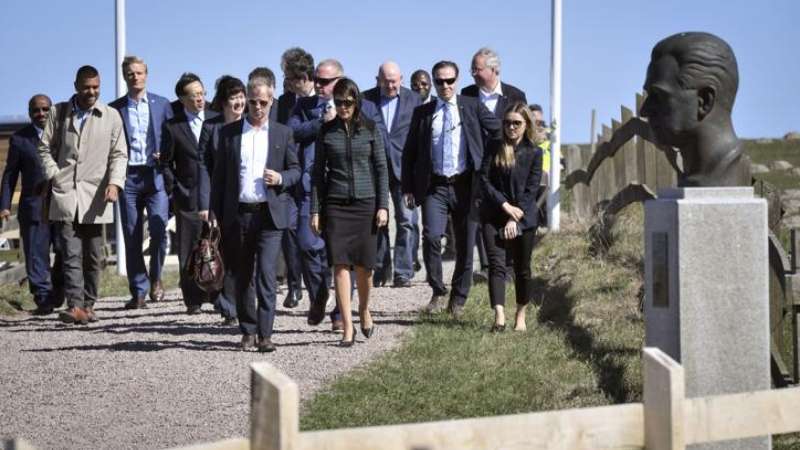 (AP Photo)
__new_Underarticle_image_EN__
Orient Net
The UN Security Council met in a secluded farmhouse on the southern tip of Sweden on Saturday (April 22) in a bid to overcome deep divisions over how to end the war in Syria, the AP reported.
In a first for the Security Council, which normally holds its annual brainstorming session in up-state New York, the 15 ambassadors and UN Secretary-General Antonio Guterres were this year invited to hold an informal meeting in Backakra by Sweden, a non-permanent member of the body.
The United Nations’ special envoy for Syria, Staffan de Mistura, is expected on Sunday, the CBC News said.
__new_in_first_article1__
"We still face a very serious divide on that (Syria) matter," Guterres said as he arrived along with the ambassadors.
"We really need to find a way in relation to the violation of international law that the use of chemical weapons represents," he added.
The meeting comes just a week after France, Britain and the US launched joint airstrikes at chemical weapons sites in Syria, after Assad’s regime carried out a chemical weapons attack in the town of Douma on April 7, then controlled by Syrian opposition factions.