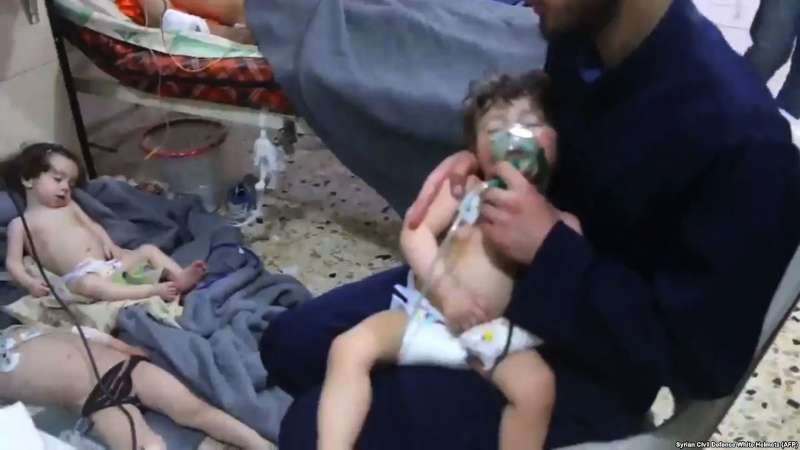 About 500 people may have been affected by a regime chemical attack last week on Syria’s opposition-held town of Douma, according to the World Health Organization (WHO).
Results of a report published by WHO showed that during the shelling of Douma on Saturday, an estimated 500 patients presented to health facilities exhibiting signs and symptoms consistent with exposure to toxic chemicals. In particular, there were signs of severe irritation of mucous membranes, respiratory failure and disruption to central nervous systems of those exposed.
More than 70 people sheltering in basements have reportedly died, with 43 of those deaths related to symptoms consistent with exposure to highly toxic chemicals. Two health facilities were also reportedly affected by these attacks, the report added.
Assad regime, backed by Russian air force, launched a deadly chemical attack on Damascus suburb city of Douma on Saturday (April 7).
قيم هذا المقال 1 0