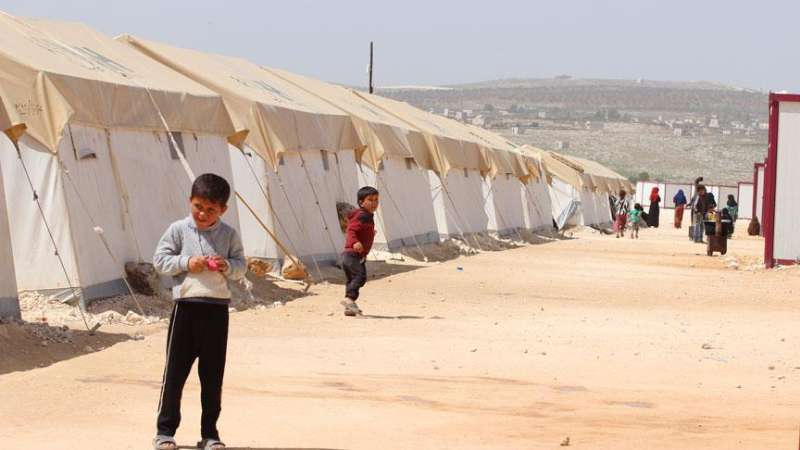 New camp in Syria’s Idlib set up by Turkish aid agency
A Turkish aid agency has set up an accommodations site in Idlib countryside for Syrians who were displaced from the besieged eastern Ghouta, according to a foundation official on Thursday.
The Humanitarian Relief Foundation (IHH) established the site in the village of Der Hassan.
The agency’s media adviser, Selim Tosun, told Anadolu Agency in Turkey’s border province of Hatay that 350 families had been placed in the tent camp.
__new_in_first_article1__
“Families, who escaped a siege and arrived in Idlib after a long journey, underwent health screenings at a mobile health centre," he said, adding water tankers would be meeting the needs of clean drinking water rapidly.
Tosun said another 150 tents and a school are expected to be set up in the site.
At least 50,000 people have been displaced by Assad regime from eastern Ghouta since the process began on March 22.
قيم هذا المقال