How Iran used the Hezbollah model to dominate Iraq and Syria

How Iran used the Hezbollah model to dominate Iraq and Syria 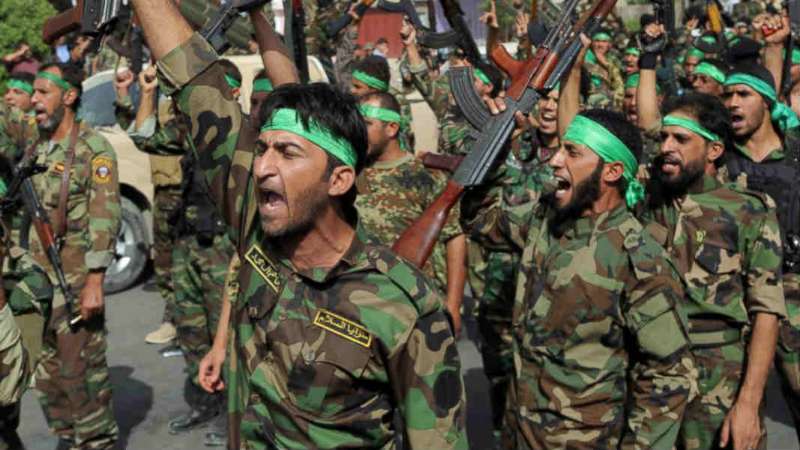 How Iran used the Hezbollah model to dominate Iraq and Syria
__new_Underarticle_image_EN__
Ranj Alaaldin - The New York Times
Global anxiety that the United States will take military action against Iran has increased now that President Trump has appointed John Bolton as his national security adviser. Mr. Bolton has long promoted regime change in Iran, argued for bombing Iran and a more assertive American policy against Iranian expansionism in the Middle East.
But the United States cannot effectively confront Tehran and its proxies until it appreciates Iran’s role in state building in Middle Eastern countries decimated by conflict.
Iran has increased its influence in the region since the eruption of the Syrian war and the rise of the Islamic State. Iran mobilized tens of thousands of Hezbollah fighters and other Shiite militias from Iraq, Pakistan and Afghanistan to fight alongside the forces of Bashar al-Assad, head of regime in Syria. These militias played a critical role in defeating the Syrian opposition groups. They also fought against the Islamic State in Syria and Iraq, at times in close proximity to American forces.
Iraqi Shiite militias, battle-hardened from fighting the United States, began fighting in Syria alongside Assad’s forces in 2012. Hezbollah captured the strategic Syrian town of Qusair from opposition fighters in 2013. Shiite militias, including Afghan fighters, were pivotal in capturing Aleppo in December 2016, which arguably secured the survival of the Assad regime.
Over the past two years, these Iranian proxies led the fight to take back cities like Homs and areas around Damascus. They control strategically important checkpoints and support regime military positions across the countryside.
Hezbollah and Iraqi militias such as the Badr Organization, Kataib Hezbollah, Asaib Ahl al-Haq and Harakat al-Nujabaa have emerged as Iran’s most powerful partners on the ground in Syria. They have decades of battlefield experience and Iran entrusted them with the training of the Shiite militias mobilized from Afghanistan and Pakistan.
But these Iranian proxies do not just turn up for battle, fight and return home. Hezbollah’s political prominence and “state within a state” status in Lebanon was once the exception, but now it is a model that is being replicated by other militia groups with devastating impact.
Iran has trained these groups to exploit disorder and fill the vacuum by providing services and security to often desperate communities. The Islamic Revolutionary Guards Corps, which oversees these proxies, has helped them co-opt or take over local humanitarian organizations and charities as a way of acquiring legitimacy and popularity. Iran has ensured that aid is provided through these proxies.
And as in Iraq, Iran’s proxies in Syria have, in the areas they control, forced out populations that are not Shiite or do not support Iran.
__new_in_first_article1__
Control over state institutions in Syria has given Iranian proxies a significant say over the purchases of property, enabling them to further consolidate their positions. The eventual goal is to translate their gains into parliamentary seats, ministerial posts and formalized control over state institutions.
The transformation of wartime militias into prominent political actors is exemplified by the evolution of Shiite militias in Iraq into versions of Lebanon’s Hezbollah. The Asaib Ahl al-Haq militia, which gained notoriety for sectarian atrocities and attacks on Western and Iraqi personnel, was established by Iran after the fall of Saddam Hussein. Today it runs extensive social and religious activities, including medical centers and clinics, independently of the Iraqi government.
Iran’s proxies in Iraq dominate the Popular Mobilization Forces, a volunteer organization of 100,000 fighters established in 2014 after the Islamic State seized Mosul and the Iraqi military collapsed. Iranian pressure pushed the Shiite-dominated Iraqi state to legalize the force in 2016, providing it with substantial financial resources and heavy weaponry.
The Shiite proxies of Iran in Syria are motivated by the fear that the overthrow of the Assad regime would be an existential threat to the Shiite faith, a fear that Tehran encourages. Iran builds social and religious networks centered on the Shiite faith and support for Iran’s theocracy. Through technical support and sophisticated use of propaganda, Iran amplifies the voice of its proxies. Collectively, these allow Tehran to circumvent local and national authorities and ultimately shape governments, settle disputes and, consequently, decide policies.
It dismays local political actors but in countries devastated by war, Iran’s rivals are often too weak to counter its narrative and its networks on the ground.
Unlike the rotating cast of American officials and military leaders, Gen. Qassem Soleimani, the commander of the Islamic Revolutionary Guards Corps’ elite Quds Force, and his men have great autonomy and long engagement in the region. General Soleimani has run the Quds Force since 1998 and, along with his deputies, has invested decades of time and energy into developing relations with armed groups and political parties of all stripes across the region.
For militias, the corps is a desirable patron or partner, with its record of enforcing red lines and standing by its allies. The United States has failed to even establish red lines, let alone enforce them when it comes to both its own interests and those of its allies on the ground.
Iran, meanwhile, will stick around to pick up the pieces and refashion countries and societies according to its own interests and ideology. As it did in Iraq and Lebanon, Iran will almost certainly transform its proxies in Syria into fully entrenched components of whatever political system emerges from the ruins of conflict. These Iranian allies will shape the future of the Syrian state and the political landscape of whole Middle East.
The United States can alter the course of events if it commits to staying in Syria, builds on the current deployment of American forces and nurtures long-term partnerships to ensure that the fate of Syria and the region is not left to Iran and its proxies.