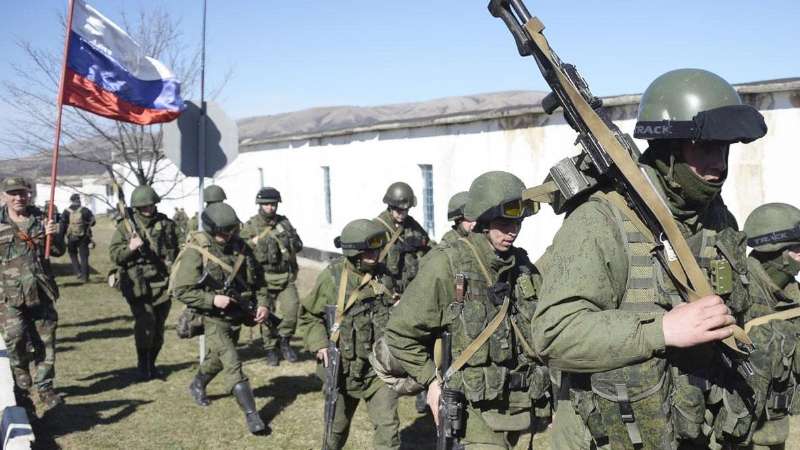 Russian forces in Syria (file photo)
__new_Underarticle_image_EN__
Orient Net
Russian forces threatened on Wednesday (March 28) the opposition-held Hama villages of a coming incursion by pro-regime militia, backed by Russian air force, unless they surrender and withdraw to northern Syria.
Orient News correspondent said a Russian commander based in southern Hama Salamiyah city, sent a threat that its pro-Assad militia will break into Aqrab, Hirbnafsah, and Talaf villages, in case opposition factions in charge of those areas refused to surrender or negotiate displacement to northern Syria with the Russian side.
The threat said opposition factions holding those three villages must respond in one week before Russian forces advance towards their areas.
Russian forces have had a permanent presence in all regime-held areas in Syria, according to local sources, after Russia signed a deal with regime last year to expand their Tartus naval facility and Hmeimim airbase.