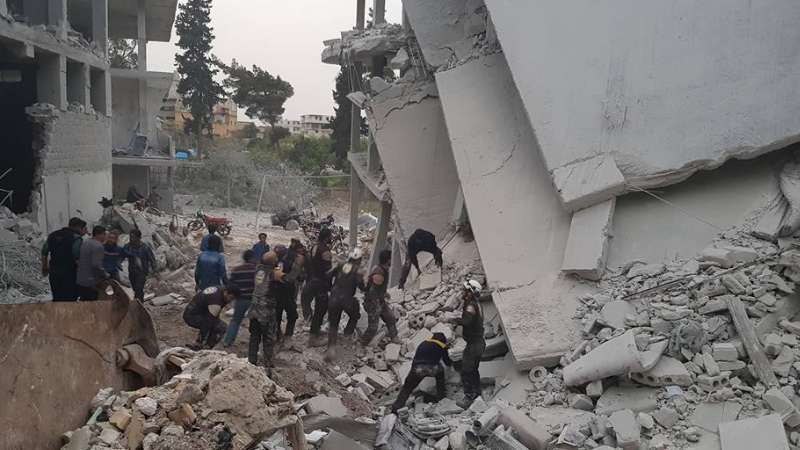 Russian jets hit the town of Harim in Idlib countryside on Thursday (March 22), killing and injuring dozens of civilians.
The airstrikes targeted the main popular marketplace in the city, killing at least 32 civilians, the White Helmets rescue group said.
"The number of the dead will rise as there are many people still trapped under the rubble," Orient News correspondent said.
Idlib is the biggest part of Syria still held by opposition, with a population swollen by Syrians who were displaced by Assad regime’s advances in other parts of the country.
قيم هذا المقال 10 0