Polls open in Moscow with Putin on track to victory 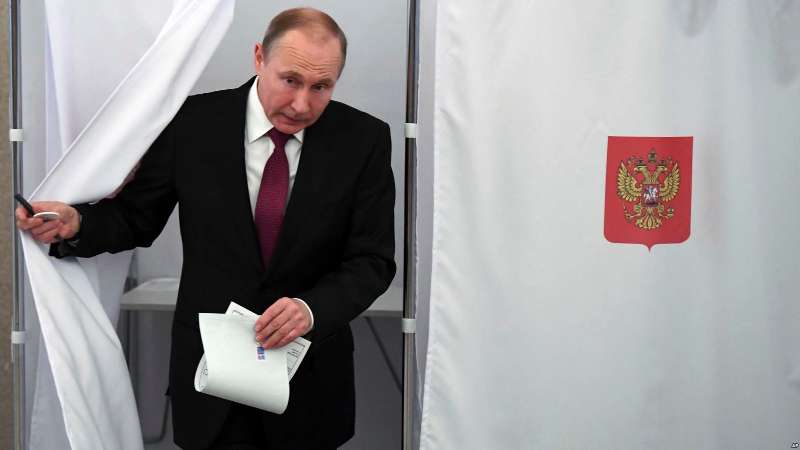 Orient Net
Voters in Russia are casting ballots in a presidential election that is all but certain to secure President Vladimir Putin a fourth term in office.
The 65-year-old incumbent is riding a wave of government-stoked popularity on the fourth anniversary of Moscow’s annexation of Ukraine’s Crimea region and in the wake of a military intervention in Syria that has been played up on state-controlled television as a patriotic success.
The only real question is whether voters will turn out in big enough numbers to hand him a convincing mandate.
Casting his ballot in Moscow, Putin said "any" result that allows him to continue as president would be a "success."
"I am sure the program I am offering is the right one," Putin was quoted as saying by Russian news agencies.
Voter turnout in Russia’s Far East is already higher than that in 2012, reports say.
Several villages in Kamchatka and Chukotka reported voter turnout rates of 100 percent.
On Russia’s Pacific coast, in the Khabarovsk region, local officials offered food at a discount to lure people to the polls.
Voters were being bused in across Russia to vote, according to supporters of Aleksei Navalny, the opposition leader barred from running in the election.
Polls will close at 1800 GMT on March 18 in Kaliningrad, Russia’s westernmost territory, with preliminary results expected shortly afterward.