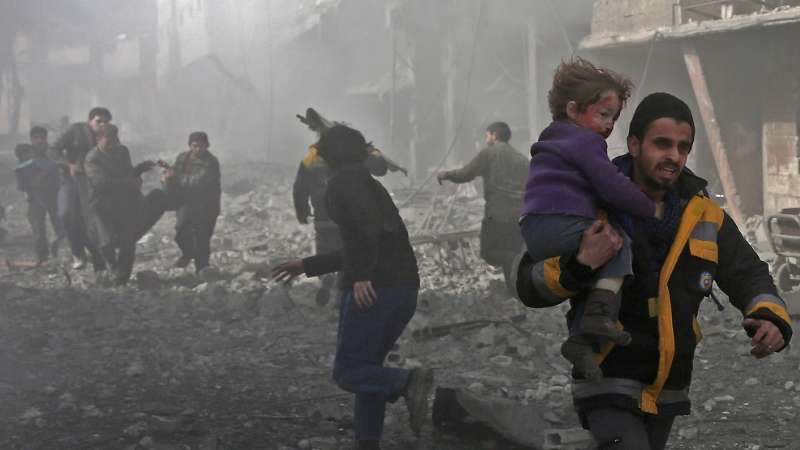 Orient Net
The UN has demanded an end to the targeting of civilians in Syria after a heavy bombardment killed at least 100 civilians in rebel-held Eastern Ghouta.
As a barrage of airstrikes, rocket fire and artillery slammed into several towns across Eastern Ghouta on Monday, the United Nations warned that the targeting of civilians in Eastern Ghouta "must stop now".
"It’s imperative to end this senseless human suffering," Panos Moumtzis, the UN’s Regional Humanitarian Coordinator for the Syria Crisis said.
The main opposition National Coalition based in Turkey, denounced the "war of extermination" in Eastern Ghouta as well as the "international silence".
It also accused regime ally Russia of seeking to "bury the political process" for a solution to the conflict.
Held by opposition fighters since 2012, Eastern Ghouta is the last opposition pocket around Damascus.