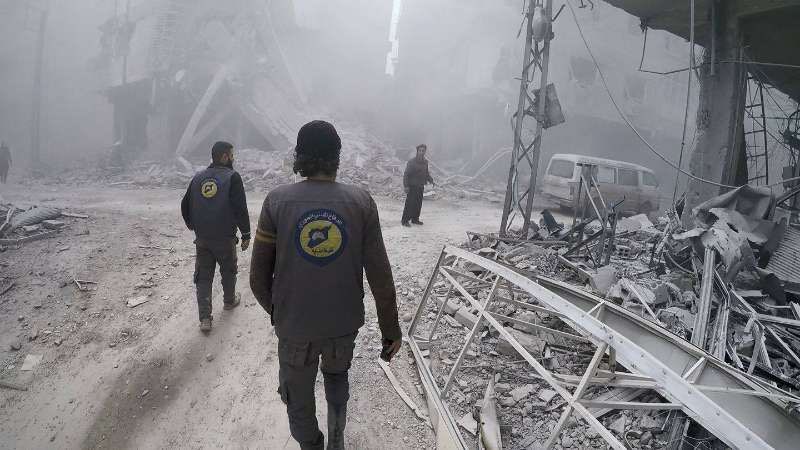 
Syria Civil Defense (The White Helmets) in Douma city, in turn, confirmed that regime aircraft targeted the city with three air strikes in the morning, followed with shelling with heavy artillery.

White Helmets rescuers worked on pulling the injured from under the rubble, reporting that some of them succumbed to their severe wounds hours after shelling.

Artillery shelling by regime militias led to injuries among civilians and material damage in civilian houses, our correspondent reported.

Eastern Ghouta, a suburban area near Damascus, has been surrounded by Assad militias for more than four years. The siege intensified in May when regime conducted a large-scale offensive. According to the United Nations, nearly 400,000 civilians are trapped in the area, with half thought to be children.