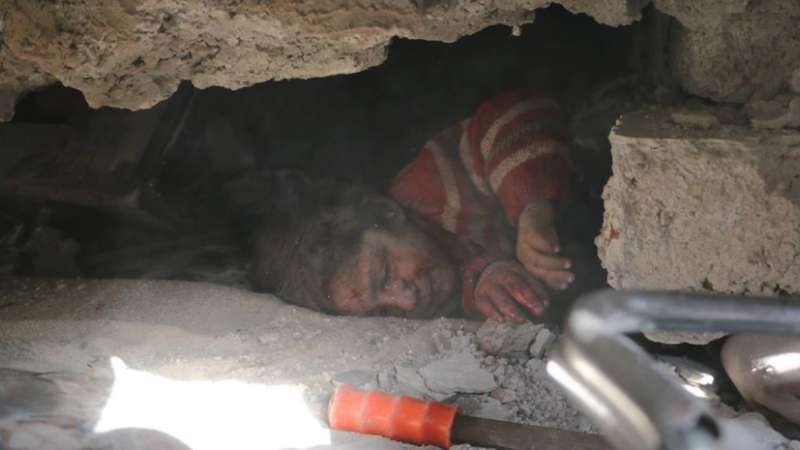 Syrian child killed under the rubble after Assad regime airstrikes struck her house in Eastern Ghouta's Hammouriya, Syria. Feb. 7, 2018.
Orient News
Regime airstrikes targeting cities and towns of Eastern Ghouta have not calmed down, killing and injuring dozens of civilians.
27 civilians, including women and children were killed by regime airstrikes on Wednesday in Eastern Ghouta, according to initial reports by Orient correspondents in the area.
"11 civilians were killed in Hammouriyah, 11 in Bait Sawa, and 5 in Douma, while aircraft are still hovering in the area".
Several civilians were also injured in Erbin and Zamalka by similar attacks, while 4 airstrikes targeted residential areas in Douma city, causing material damage. 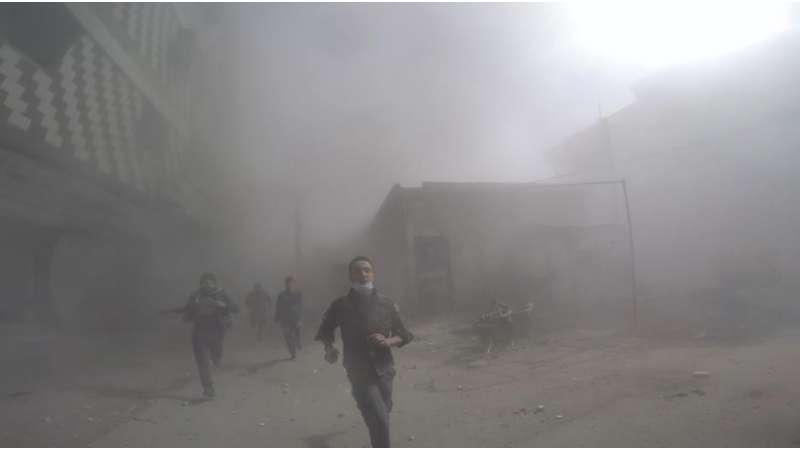 At least 25 airstrikes were conducted on the Eastern Ghouta cities and towns on Tuesday, killing 83 civilians and injuring dozens.
United Nations called on Tuesday for an immediate humanitarian ceasefire in Syria of at least a month, while UN war crimes experts said they were investigating several reports of bombs allegedly containing chlorine gas being used against civilians in the rebel-held towns of Saraqeb in the north western province of Idlib and Douma in the Eastern Ghouta suburbs of Damascus.