US: Russia balks at UN condemnation of Syria chlorine attacks 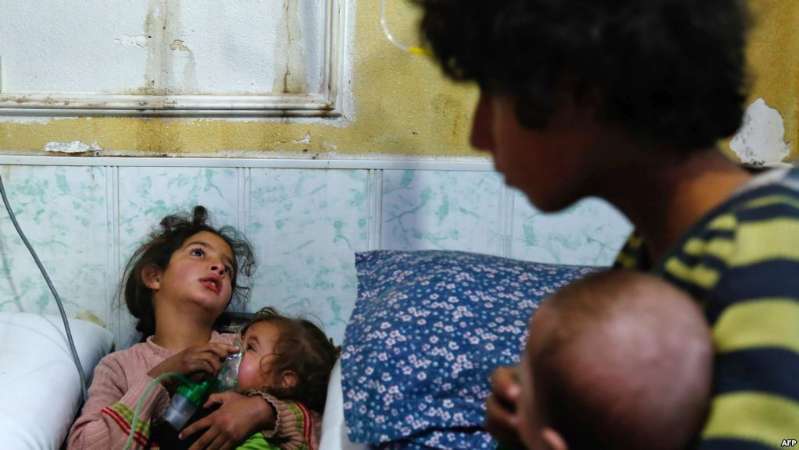 A Syrian girl holds an oxygen mask over the face of an infant at a make-shift hospital following an Assad regime gas attack on Douma in the eastern Ghouta on January 22, 2018.
The United States accused Russia on Monday of delaying the adoption of a UN Security Council condemnation of reported chlorine gas attacks in Syria that left many injured in recent days, including children.
US Ambassador Nikki Haley told the council that there was "obvious evidence from dozens of victims" to corroborate the chlorine attacks in rebel-held Eastern Ghouta.

__new_in_first_article1__
"Now we have reports that the Assad regime has used chlorine gas against its people multiple times in recent weeks, including just yesterday," Haley said.
The United States has proposed a draft statement condemning the use of chemicals as a weapon but Russia requested that adoption be delayed to provide comments, diplomats said.
قيم هذا المقال